10 pundits, players and personalities who have called for Liverpool’s Premier League pursuit to be thwarted 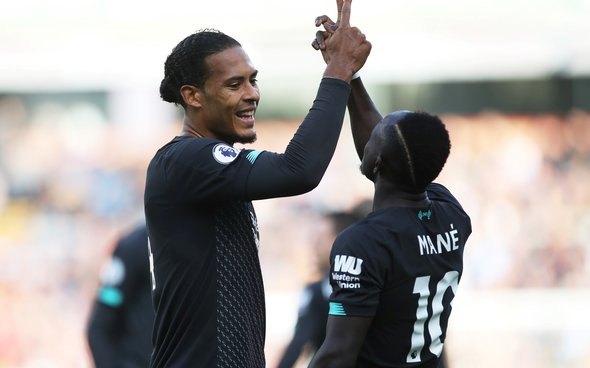 It has now been a full month since Liverpool last played a Premier League match, their 2-1 win over Bournemouth on 7 March giving them a 25-point lead which has remained ever since.

Prior to the coronavirus-enforced cessation of English football, Jurgen Klopp’s side had been just two wins away from guaranteeing a first league title since 1990, something they could have wrapped up last month had March fixtures against Everton and Crystal Palace not been postponed.

With FIFA extending the club season indefinitely and key Premier League stakeholders seeming intent on completing the remaining top-flight fixtures for the 2019/20 campaign, the Reds will probably get the chance to secure the title whenever football manages to resume. However, over the last month, several pundits, players and personalities have either called for the season to be scrapped, restarted or voided completely if it cannot be resumed in the foreseeable future – a drastic course of action which would cruelly deprive Liverpool of a seemingly nailed-on title triumph – or said that the Reds cannot be awarded the title if the season isn’t completed.

Here are 10 public figures who have boldly called, directly or otherwise, for a denial of Liverpool’s more-than-probable Premier League glory:

Who she is: West Ham vice-chairperson

What she said: “There is no dodging the possibility that all levels in the EFL, as well as the Premier League, will have to be cancelled and this season declared null and void because if the players can’t play the games can’t go ahead…So what if the league cannot be finished? As games in both the PL and in the EFL are affected, the only fair and reasonable thing to do is declare the whole season null and void.” [via Daily Mail, 14 March]

Who he is: TV personality and Arsenal supporter

What he said: “Klopp said health is more important than football. This crisis is going to rage for months & it will be devastating to so many families. Trophies don’t matter now & there is no fairer way to resolve an unfinished season than to void it.” [@piersmorgan on Twitter, 14 March]

Who he is: Former Newcastle striker and Premier League winner

What he said: “If, and it is a huge if, the season cannot be completed then there is no way you can have a winner or loser. If you cannot complete the fixtures then you cannot go handing out titles or consider relegating anybody…For Liverpool, it would be incredibly harsh. They only need six points to wrap it up but they haven’t got them yet so for that reason it has to be declared null and void. It would be very different if the season was suspended after they had got the points to win it.” [via The Mirror, 16 March]

Who he is: Former Arsenal defender and four-time league winner

Who he is: Former Manchester United defender and six-time Premier League winner

What he said: “I just think the Premier League should just be voided. Just void it. I know there are going to be a lot of Liverpool fans going ‘Oh Rio, it’s just because you support Manchester United and it’s Liverpool’.” [@rioferdy5 on Instagram, via Irish Mirror, 20 March]

Who he is: Chelsea academy coach and former Liverpool midfielder

What he said: “In my opinion, that’s the only solution. Restart from scratch if we cannot finish the league…I’m sure there are more intelligent people than me coming up with solutions but we’re in a situation as a country where we have to stick together…It’s going to benefit some clubs and others are going to be very upset but bigger things than football are at stake. It’s people’s lives and livelihoods.” [Daily Star, 22 March]

Who he is: Former Everton manager

What he said: “We should stop the season and look to start again next season…I don’t know how you can finish a season with everything that’s going on in terms of the NHS, how strained it is, and everybody needing to stay safe in their own homes…It’ll be very sad for a lot of teams. In the Premier League, there’s Liverpool, who have had such a fantastic season but lives matter and nothing takes precedence over that.” [via Sky Sports News, 24 March]

Who he is: Tottenham striker

What he said: “Playing into July or August and pushing next season back, I don’t see too much benefit in that. Obviously I don’t know too much about behind the scenes and financially. If the season’s not completed by the end of June we need to look at the options and just look forward to next season.” [Instagram Live with Jamie Redknapp via BBC, 29 March]

Who he is: Manchester City midfielder

What he said: “I would be sorry to stop early after such a good season, but if it avoids problems towards next year, it must be done.” [Liverpool Echo, 2 April]

Who he is: Manchester United defender

What he said: “Scrap it and start again. Start it again, yeah. It’s gotta be you know. If we can’t carry it on it’s got to be void.” [Combat Corona Twitch FIFA competition via Liverpool Echo, 6 April]

Have you been shocked and angered at the various calls for the 2019/20 Premier League to be scrapped or voided? Share your views in the comments section below!