Curtis Jones could save Liverpool “a lot of money” in summer transfer window, claims John Aldridge 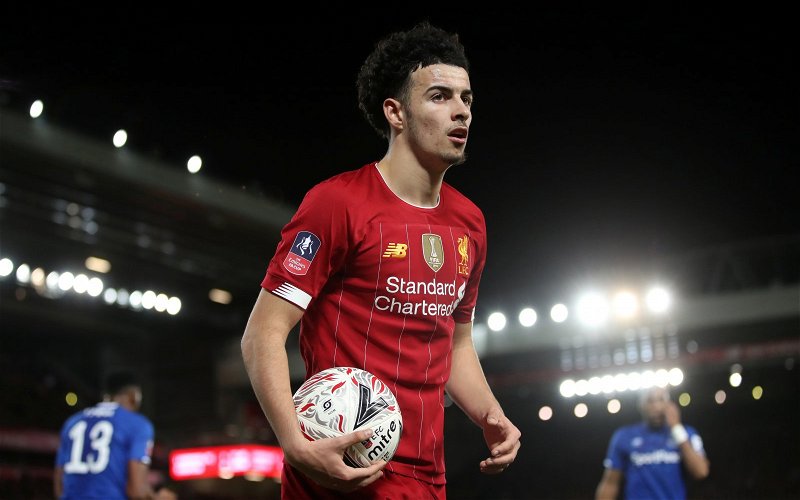 Former Liverpool striker John Aldridge believes that the emergence of Reds youngster Curtis Jones could spare the club from needing to invest in a midfield replacement for Adam Lallana in the summer transfer window.

With the ex-Southampton man expected to depart Anfield once his contract expires in June (as per Liverpool Echo), his exit could leave a gap in Jurgen Klopp’s squad, although Aldridge is adamant that the Liverpool manager already has a player ready to fill that void, especially in a transfer market which is likely to be much more subdued in the wake of the coronavirus pandemic.

In his column for the Liverpool Echo, the ex-Ireland international wrote: “Curtis Jones in my opinion is going to save the club a lot of money.

“This has been a real breakthrough season for him, that brilliant FA Cup winner against Everton was one of the best moments of the whole campaign and will have really added to the belief the lad himself and many others have that he can go on to be a top player for Liverpool. If Adam Lallana goes, I feel Curtis is ready to step into his shoes in the squad.”

Although Jones is still very much in the embryonic stages of his career as a 19-year-old, the early signs from his time at Liverpool suggest that he could successfully make the transition from youth to senior football. His stunning goal in the FA Cup win over Everton is a clear highlight and his conversion of the decisive penalty in the Carabao Cup shoot-out against Arsenal hints at a young player with a confident mentality.

He also came in for praise from plenty of Liverpool fans for his performance in the FA Cup defeat at Chelsea, when he achieved a 91.4% passing success rate from 32 completed passes out of 35 (as per WhoScored) and showed “an eagerness to get on the ball”, in the words of Brendan Hodrien for Rousing The Kop. Earlier in the season, he gave a distinguished performance in a Carabao Cup win over MK Dons in what was only his second senior game for the Reds.

If clubs’ spending power is vastly reduced by the loss of income from a lack of football amid COVID-19, Liverpool might not be in a position to invest heavily in midfield reinforcements, so Aldridge is right to suggest that Jones’ emergence could save the club the need to buy someone in that position in the summer. Also, with Lallana rarely featuring from the start in recent months, the teenager would be stepping up to a more regular squad role rather than being expected to fill the shoes of a departing first team mainstay, which may help Klopp to bed him into the side gradually rather than throwing him straight in at the deep end.

Liverpool fans, do you agree with Aldridge’s verdict that Jones’ emergence could negate the need for the Reds to sign a midfielder in the summer? Join in the discussion by commenting below!