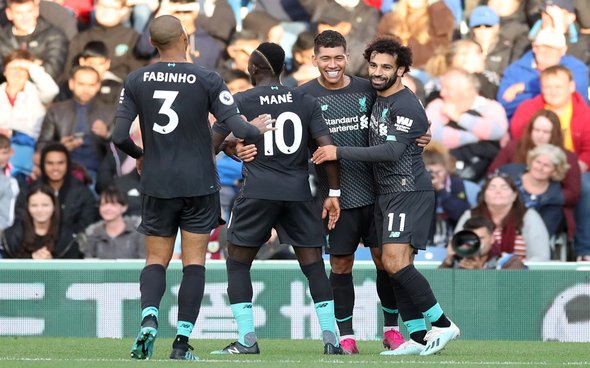 Evening Standard journalist David Lynch believes that Liverpool will be able to hang on to their first-choice attacking trio of Mohamed Salah, Sadio Mane and Roberto Firmino for at least another year.

In an interview with Anfield Watch, he gave his assessment about the front three when asked about the likelihood of some of them being lured by European giants such as Barcelona and Real Madrid.

Lynch believes that Reds manager Jurgen Klopp has no reason to fear losing any of the trio, saying: “I’m sure those clubs would absolutely love to get their hands on one of Liverpool’s front three but I cannot see any of them leaving this summer. Whenever this season ends, Liverpool will have won the Champions League and then Premier League in consecutive campaigns and you’d back them to add more trophies in the years to come under Klopp.

“Put simply: Why would anyone want to leave right now? Of course, even if they did, the fact that all three are locked down to long-term contracts means their likely transfer fee is enough to put off any potential suitor.”

There have been reports surrounding Mane’s future recently, with Football Insider claiming that Real Madrid are planning a summer swoop for the 27-year-old, of whom Bernabeu boss Zinedine Zidane is reportedly a massive admirer. Meanwhile, Salah had previously been linked with possible moves to both Real Madrid (as per Daily Express) and Barcelona (Don Balon).

Several Liverpool alumni have previously swapped Anfield for one of La Liga’s current top two, including Michael Owen, Xabi Alonso, Luis Suarez and Philippe Coutinho. However, as Lynch has said, such is the Reds’ current standing that a move to Madrid or Barcelona from Liverpool may not seem as attractive a proposition as before.

Salah, Mane and Firmino all won the Champions League with the club last year and look set to add the Premier League crown in the coming months. Being part of the Liverpool team to have ended a 30-year title drought ought to cement their place in Anfield folklore for generations to come, a proposition which they would likely be afforded at serial major trophy winners like Barcelona or Real Madrid.

Lynch also makes a valid point about the trio’s contract situations. They have all signed new deals at Anfield in the last couple of years and all three are contracted to the club until 2023, which should indeed give the Reds sufficient leeway to quote exorbitant prices for them in attempting to ward off prospective suitors.

Another factor counting towards the probability of the trio staying put is that they are all thriving at Anfield. They start almost every game for the Reds and have each hit double figures yet again this season, even if Salah and Firmino‘s respective returns are notably down on the 2017/18 campaign in particular. Still, they have all proven that they can score consistently and, with no other player in Klopp’s squad in double figures for goals this term, their importance to the cause cannot be understated.

All of that should strengthen the case for each of the first choice front three remaining at Liverpool for the foreseeable future, which given their goalscoring feats can only be good news for the Reds.

Liverpool fans, do you think Salah, Mane and Firmino will all still be at the club this time next year or can you see one or two of them being lured elsewhere? Share your views in the comments section below!