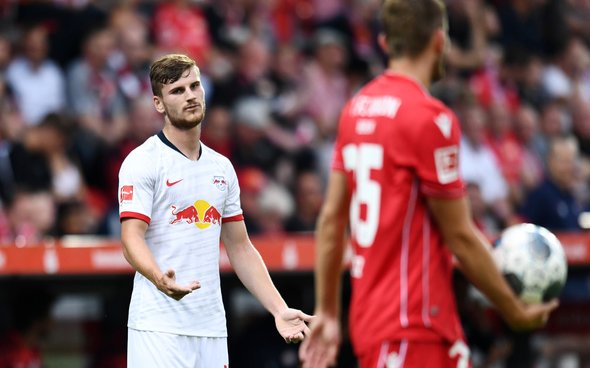 Football journalist Guillem Balague thinks that Liverpool will not sign Timo Werner in the upcoming transfer window and doesn’t see how such a deal could happen in light of changing market conditions arising from the coronavirus pandemic.

The RB Leipzig striker has been linked with the Reds since last autumn, when Bleacher Report claimed (via talkSPORT) that the Anfield club were keen on signing him. Last week, Sky Sports reported that the 24-year-old is ready to make the move to Merseyside if Liverpool can meet his £52m release clause before it expires on 15 June, with David Lynch of the Evening Standard writing that Werner has a strong desire to join up with the Reds.

However, as noted by BBC, the stoppage of football due to COVID-19 will see clubs’ income diminish significantly and they might simply not have money to spend on transfers, even if players’ valuations decrease substantially, as has been predicted by The CIES Football Observatory.

Consequently, Balague thinks that the absence of any offer for Werner from Liverpool so far, allied with projected market downturns, could mean that no such transfer materialises in 2020. Speaking in a Q&A on his YouTube channel [via HITC], he said: “What I was told before the pandemic was that Liverpool were monitoring the likes of Timo Werner and he’d adapt to Liverpool very well.

“But he wasn’t someone they made an offer. That’s where I left it. It was the beginning of March when I heard about it and there was no offer. I just don’t see how this [Werner to Anfield] can happen.”

Some of Balague’s doubts about the possibility of Liverpool signing Werner are understandable. As noted by football finance expert Kieran Maguire [via BBC], Premier League clubs still owe £1.6bn for players that have already been purchased. That, in addition to losses of income from the stoppage of football, could indeed curtail the spending of English clubs significantly.

Despite that, however, Liverpool should be in a fiscally stronger position than most. As noted by The Guardian, the club announced a £42m pre-tax profit for the 2018/19 season and saw its turnover increase to a whopping £533m. The Reds are also due to reap the benefits of an impending multi-year kit deal from Nike with a base value of £30m per year but, as noted by sports marketing expert Alan Seymour [via Evening Standard], could ultimately be worth up to £100m annually.

Therefore, even with the transfer market expected to take a huge hit, Liverpool should still have enough in the bank to proceed with their pursuit of Werner and stump up a sufficient fee to convince RB Leipzig to sell. Plus, with the aforementioned reports suggesting that the 24-year-old is quite keen to move to Anfield, and with a possibility that his valuation could decrease in line with changing market conditions, that could boost the Reds’ prospects of landing him.

Balague’s doubts about the transfer are not without justification but Liverpool still seem to have enough going for them to sign Werner this summer if they proceed to make an offer for him.

Liverpool fans, do you share Balague’s concerns about the likelihood of Werner being signed this summer? Have your say by commenting below!