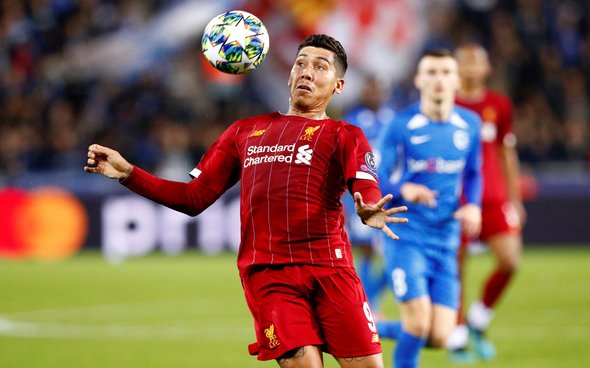 Sky Sports pundit Charlie Nicholas reserved considerable praise for Roberto Firmino when including the Liverpool forward in his Premier League team of the season.

The Brazilian was one of five Reds players to make Nicholas’ chosen XI, although the pundit was lambasted by some Kopites for omitting Jordan Henderson and Mohamed Salah among others. However, he certainly had no intention of overlooking the 28-year-old striker, with Sadio Mane also among his XI. [via Sky Sports]

Nicholas told Sky Sports: “I am a huge Roberto Firmino fan. He does not score as many goals, but he normally comes up with an assist in a big game and then scores sometimes in the big games too. He is the No 9 that wants to come in and play a number 10 role, so that Mane and Salah can go in behind and play more advanced. He has to do more than those two, so he is in the team. I love him to death.”

Nicholas makes some very astute points in justifying his inclusion of Firmino in his team of the season. As he pointed out, the Brazilian is the type of centre-forward who tends to come deep and contribute to link-up play rather than hanging in the penalty area waiting for service, which may explain why his season’s tally of 11 goals is significantly lower than those of Salah (20) and Mane (18).

The ex-Arsenal forward is also quite right in saying that Firmino often make his goals and assists count big, too. His goals have earned Liverpool 10 Premier League points this season, with five of his eight in the division coming in one-goal victories, including late winners at Crystal Palace and Wolves. He also scored twice in the 4-0 win at Leicester on Boxing Day, a statement result at a time when the Foxes were Liverpool’s closest challengers in the table (as per BBC).

Aside from his habit of scoring decisive goals, the 28-year-old can significantly impact a game by setting them up. Twice this season he has registered a hat-trick of assists, in a 4-3 Champions League win over Red Bull Salzburg and a 4-0 thrashing of Southampton. Indeed, he began the season with three assists in five league games, hitting the ground running back in August and early September. [via TransferMarkt]

Nicholas may have been panned by some Liverpool fans over various selections in his team of the year but his reasons for including Firmino are solid and easy to justify.

Liverpool fans, do you agree with Nicholas’ glowing praise of Firmino? Comment below with your views!