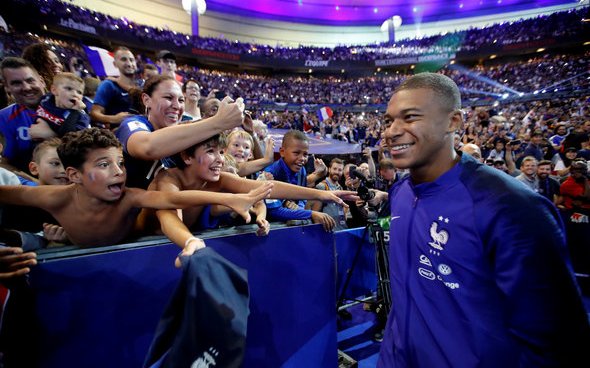 Some Liverpool fans were not overly excited by reports of Kylian Mbappe possibly coming to Anfield after HITC claimed this morning that an offer has been made for the Paris Saint-Germain forward, citing a report from El Desmarque.

The report was also picked up by the Liverpool Echo, who subsequently shared the news on their Twitter channel @LivEchoLFC.

The 21-year-old, signed by PSG from Monaco in 2017 for an eye-watering €180m (£166m, as per BBC), is the second most expensive player of all time after PSG team-mate Neymar. He has already scored 90 goals in just 120 games for the Parisian outfit, including 30 in 33 matches this season, and usually lines up as either a left winger or centre-forward.

According to El Desmarque, Liverpool could face competition for his signature from Real Madrid, who have reportedly expressed an interest in signing Reds winger Sadio Mane (as per Football Insider). However, any potential deal for Mbappe could be complicated by the coronavirus-enforced stoppage of football, with many clubs facing huge losses in income as a result (as per Daily Mail).

These Liverpool fans on Twitter weren’t getting too excited by the Reds’ reported bid for Mbappe, with one fan fearing that his arrival would trigger the departure of Mane and others unconvinced by the reports:

Fantastic player, but the price tag is obscene. You can get far more value for money by going for the likes of Adama Traoré, who is world class.

Omg If it’s true that means Mane will leave soon???

What have we offered, magic beans? No one will have money at the end of this.

Liverpool fans, do you think there is a realistic chance of Mbappe being signed in the summer? Give us your views in the comments section below!