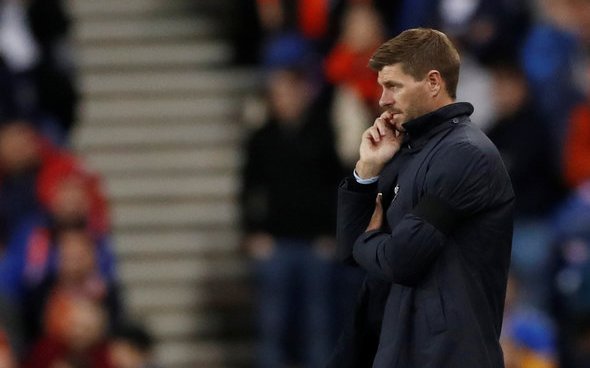 Plenty of Liverpool fans have disagreed with Jamie Carragher’s view that his former team-mate Steven Gerrard should be the club’s next manager after Jurgen Klopp.

As noted by Anfield Watch (@AnfieldWatch on Twitter), the ex-Reds defender was asked in a Q&A on his Instagram profile @23_carra who he felt should succeed Klopp in the Anfield dugout and replied: “Just give it to Gerrard”.

Gerrard, who previously managed Liverpool’s under-18 side, took the first team reins at Rangers two years ago as his first managerial job in senior football and remains in charge at Ibrox, where he has guided the club to the last 16 of the Europa League for the first time since 2011 but has so far been unable to halt Celtic’s domestic dominance in Scotland. Both he and Klopp are under contract at their respective clubs until 2024.

However, many Liverpool fans on Twitter don’t share Carragher’s view that he should be next in line for the Reds’ job. Some feel that he hasn’t done enough to warrant the Anfield gig while others called for Klopp’s assistant Pepijn Lijnders to take over once the current boss leaves:

I’d really just rather not see that. The pressure would be monumental. Stevie already carried that as a player, not fair to ask him to do that as a manager too.

Win a couple of titles in Scotland and we’ll talk.

Then he should win the Scottish league

I want Pep Lindjers for continuing what Klopp is doing .

He will get his day undoubtedly but not just yet. We’re not Rangers…he will have to be VERY ready. Expectations would be greater than ever.

Carragher is 10-15 years too early

Do you think Gerrard would be a good choice to succeed Klopp as Liverpool manager or does the ex-captain still have a lot to prove in his coaching career? Join in the discussion by commenting below!