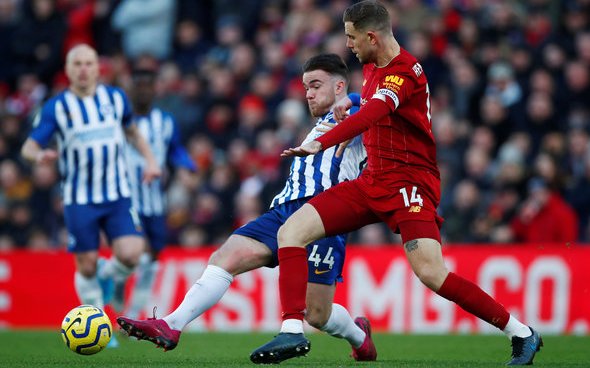 Plenty of Liverpool fans have been discussing the transfer value of captain Jordan Henderson on social media after the question was raised by @LFCTransferRoom on Twitter.

The midfielder skippered the Reds to Champions League glory last season and looks set to raise the Premier League trophy aloft in the coming weeks if the division resumes. With 22 league starts this season, Henderson is a key component of the current Liverpool team.

Fan Opinion: How much do you think Jordan Henderson is currently worth? pic.twitter.com/QPCBd88csu

His importance to the side was felt earlier in the year when, in his absence because of a hamstring injury, the Reds lost their unbeaten Premier League record and exited the FA Cup. Additionally, his match average of 2.2 successful tackles is the highest among Jurgen Klopp’s squad (as per WhoScored).

Henderson has also demonstrative leadership qualities away from the pitch – he was hailed by several of his peers in the English top flight recently for his proactive role in the establishment of #PlayersTogether, an initiative which aims to provide funding and support to NHS staff and patients during the coronavirus pandemic.

These Liverpool fans on Twitter rate the midfielder very highly – some went as far as saying that he is “priceless” and that no monetary value can be placed on the qualities he brings to the team:

You can’t buy what he brings to a team.

As a value he must be upwards of 60 million but as a Liverpool captain priceless.

No amount of money can buy what he’s given us. No words other that world class, to describe him after eating humble pie.

Liverpool fans, would you sell Henderson for any price if another club were to try and sign him? Let us know your views in the comments section below!