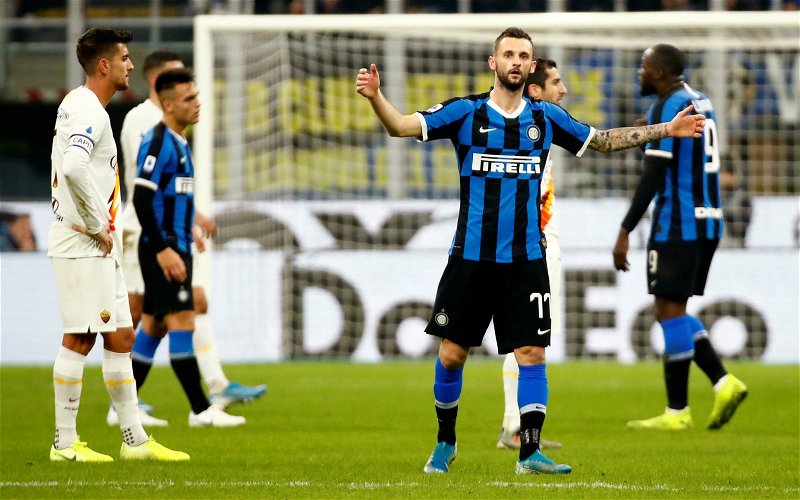 A number of Liverpool fans have dismissed reports linking Inter Milan midfielder Marcelo Brozovic with a potential move to Anfield.

Italian media outlet Libero claimed [via Tribuna.com] that the Reds are in talks with the 27-year-old (he doesn’t turn 28 until November, despite a tweet on the story from @LFCTransferRoom stating that as his age). The Serie A club are reportedly aiming to secure a new contract for the Croatian which would remove his current release clause of €60m (£52.3m).

Liverpool are ‘in talks’ with the agent of Croatian midfielder Marcelo Brozovic. Whilst Inter are reluctant to sell the 28-year-old, he has a release clause which is reported to be in the region of £52million.
[@Libero_official] pic.twitter.com/jdffcRwjWG

Liverpool’s interest in Brozovic, who played in the World Cup final two years ago, apparently goes back to the early weeks of this year, with FC Inter News claiming [via Daily Mail] that scouts from the Merseyside club had been dispatched to watch him in action against AC Milan in their derby clash in February.

The defensive midfielder has distinguished himself in Serie A this season with match averages of 2.4 successful tackles, 1.3 interceptions, 1.9 shots and 1.5 key passes. However, these Liverpool fans on Twitter don’t see him ending up at Anfield, with some citing concerns about his age and valuation and one Kopite believing he is “not an FSG style signing“:

Can’t see it at 28 not an fsg style signing

#LFC won’t pay that for him! Too old

We could’ve had Eriksen for 20mil, but we’re taking Brozovic for 52mil? Doubt

Liverpool fans, can you see Brozovic coming to Anfield in the summer? Do you think he would be an astute addition? Comment below with your views!