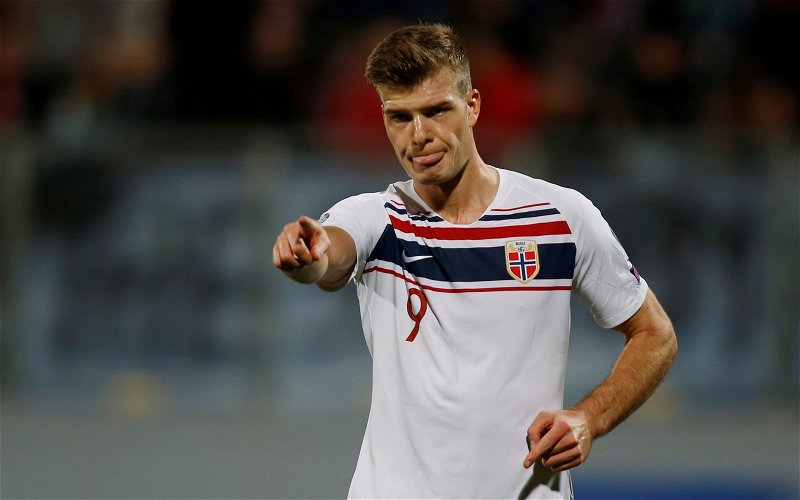 A number of Liverpool fans have voiced their opposition to the club’s reported transfer interest in Norway striker Alexander Sorloth.

Turkish media outlet Fanatik claimed that the Reds are among several clubs across Europe tracking the 24-year-old, who is on loan at Trabzonspor from Crystal Palace and had briefly played alongside Daniel Sturridge at the Super Lig club earlier this season. According to Fanatik, Trabzonspor have the option of signing him permanently for just €6m (£5.24m) even though they value him at €25m-€30m (£21.8m-£26.2m). News of Liverpool’s interest in the player was shared on Twitter by @AnfieldEdition.

Liverpool are on of the European sides to have expressed interest in signing Crystal Palace striker Alexander Sorlorth, who has 25 goals on loan for Trabzonspor this season.

The Turkish side have a €6m option to make the move permanent and may sell for a profit. [Fanatik] pic.twitter.com/02lXDJRJPd

Sorloth flopped at Crystal Palace during his time in England, scoring just once in 20 games for the Eagles under Roy Hodgson, but has been highly prolific during his spell at Trabzonspor, with 25 goals in 39 appearances for the Turkish club this season. He is the Super Lig’s current top scorer, having struck 19 times in the division this term.

Despite his excellent form in Turkey, these Liverpool fans on Twitter don’t want to see him lining out at Anfield:

He can stay where he is a waste of time

Liverpool fans, do you think the club should seriously consider a move for Sorloth or would his Crystal Palace woes put you off? Join in the discussion by commenting below!