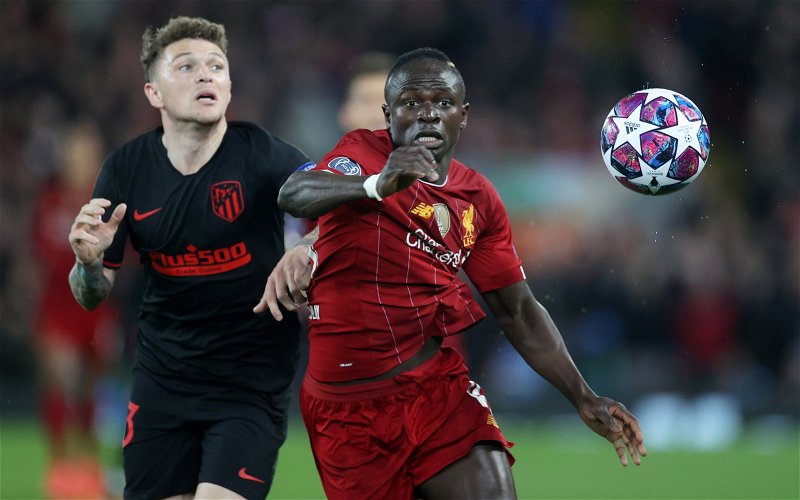 In the absence of Premier League football due to coronavirus, a number of Liverpool fans are instead excitedly awaiting a documentary on one of the Reds’ current stars.

As noted by Empire of the Kop, Rakuten TV will today release Sadio Mane: Made in Senegal, with a 90-second trailer shared on Twitter via @LivEchoLFC to whet the appetite of Liverpool supporters.

The Sadio Mane documentary 'Made in Senegal' looks amazing.

In the documentary, which can be viewed online by signing up to Rakuten TV for free, the 27-year-old discusses his Senegalese roots and the sacrifices he has made in order to become a professional footballer. It features interviews with a number of key personalities from Mane’s career, including Liverpool team-mate Mohamed Salah and manager Jurgen Klopp. [via Empire of the Kop]

His Senegalese origins were explored in-depth by Oliver Kay in an article for The Athletic a few months ago, when the journalist travelled to Mane’s hometown of Bambali and charted how he defied his mother’s wishes to leave his home and pursue his dream of playing football professionally.

These Liverpool fans on Twitter are eagerly awaiting the documentary on the 27-year-old:

@BatchieBurrows can’t wait for this

Man this is going to be both epic and a tear jerker.

Love this and can’t wait to watch it??

He radiates humbleness and sincerity despite his wealth and fame. What an inspiration, especially to youngsters who dream big with little at hand. Looking forward to this.

Liverpool fans, are you excited to see the documentary on Mane when it is released? Comment below with your views!