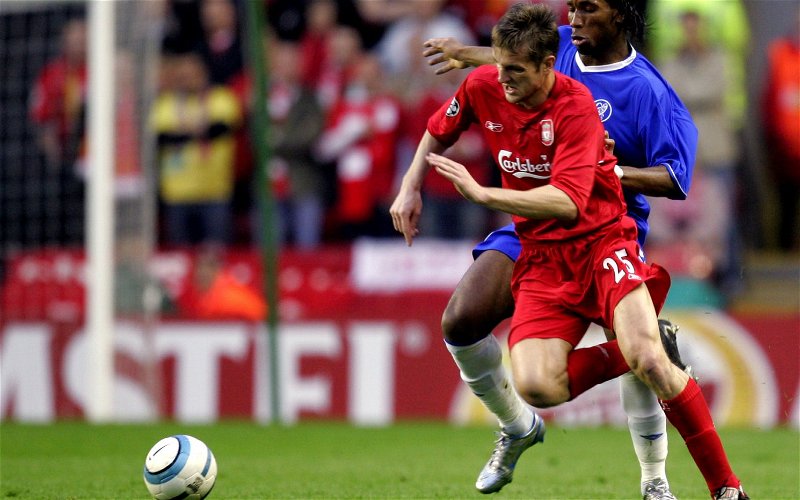 Plenty of Liverpool fans have been reacting to an interview given by former Reds midfielder Igor Biscan to the club’s official website.

The Croatia international candidly admitted to liverpoolfc.com that he “wasn’t good enough” in his first two full seasons at the club and that he needed time to adapt to the Reds’ style of play under Gerard Houllier. His comments were subsequently shared on Twitter by @AnfieldWatch.

Igor Biscan believes that he was not good enough for Liverpool. ?https://t.co/DA2dItyzWl

Biscan was signed from Dinamo Zagreb in December 2000 and, as per lfchistory.net, “initially struggled to make an impression” at Liverpool as they won three trophies within five months of his arrival. After two difficult seasons at the club, he became a regular starter in defence during the 2003/04 campaign and was then restored to midfield after Rafael Benitez replaced Houllier in the dugout.

As noted by lfchistory.net, the Croatian’s final season at the club was one to remember, with him giving some distinguished performances in games against Deportivo La Coruna and Juventus on the Reds’ journey to Champions League glory in Istanbul before leaving for Panathinaikos in 2005 with a winner’s medal from Europe’s flagship club competition.

These Liverpool fans on Twitter had mixed views on Biscan’s blunt admission about his early years at the club, with some fully agreeing that he fell short of the required standard and others appreciative of his tireless efforts in a red shirt:

Funny cause I thought that too

Sadly I agree with him

To fair he was huge in the champions league games, Derportivo away he was brilliant!

He did his best, fair play to the guy, thanks for your efforts Igor ?

Did very, very well in both legs of the quarter final vs Juventus though.

Liverpool fans, were you surprised by Biscan’s admission that he felt he wasn’t good enough for the club? Do you agree with his assessment or is he being too harsh on himself? Comment below with your views!