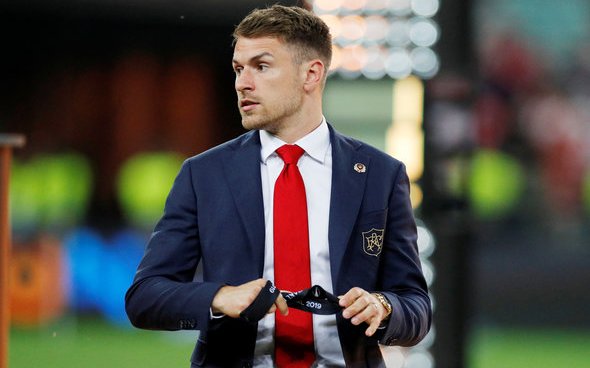 Plenty of Liverpool fans have been reacting to a report from Transfer Market Web claiming that the Reds are interested in signing Juventus midfielder Aaron Ramsey.

According to Transfer Market Web, the 29-year-old’s former club Arsenal are also keen on bringing him back to the Premier League, with Manchester United and Chelsea among other interested suitors.

Ramsey boasts enormous experience of the English top flight, playing 262 times in the division for the Gunners, and scored 65 times in 371 games for the Londoners before moving to Serie A on a free transfer last year. His shots per game average of 1.4 this season is better than that of any Liverpool midfielder except Alex Oxlade-Chamberlain (with 1.5 per game).

He netted in Juventus’ last two league games against SPAL and Inter Milan but had scored just two goals prior to then in an injury-plagued season in Turin, with the Wales international also suffering a lengthy string of injuries in his time at Arsenal.

According to Italian outlet TMW, we are interested in signing Aaron Ramsey.

Would you take him at #LFC for the right price? ?

Liverpool-focused Twitter channel @TheKop_com asked followers if they would like to see Jurgen Klopp bringing Ramsey to the club next season, eliciting polarised reactions from these Reds fans on social media:

The man gives 100% on the pitch. He would thrive under Klopp

Would love to see him under Klopp so yea.

100% arsenal let the wrong man leave, go get him klopp

Too old for us

Injury prone so no.

No, would rather have someone younger who isn’t prone to injury and isn’t motivated by money.

If he is being purchased to keep the medical staff sharp and on their toes, then yes. But otherwise it’s a no from me

Do you think Ramsey would be an astute signing for Liverpool if the Reds were strongly interested in him? Join in the discussion by commenting below!