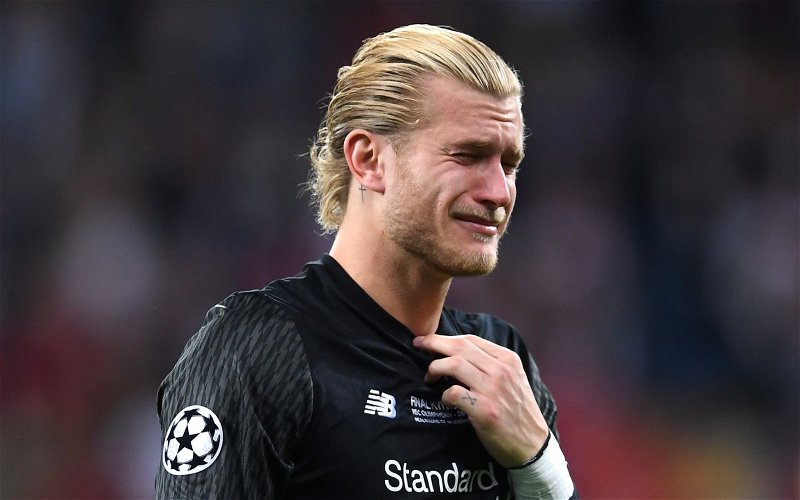 Plenty of Liverpool fans have shown little sympathy with Loris Karius after comments he made to German media regarding the 2018 Champions League final.

The goalkeeper suffered a concussion after a blow to the head from Real Madrid’s Sergio Ramos and went on to make costly errors for two goals in the Reds’ 3-1 defeat in Kiev, after which he was the subject of some death threats.

Karius: “I had a concussion after a blow from Sergio Ramos, which restricted my spatial vision.

“When the results were released, there was a lot of malice and insult.

“The reactions were over the top and disrespectful. My mistakes were not assessed fairly.” pic.twitter.com/g0fu0WGuNv

Speaking to Sport Bild about that night and its aftermath, he claimed that the concussion restricted his spatial vision and felt that a lot of the post-match abuse he took was “below the belt”. He criticised those who levelled personal abuse at him following that Champions League final, insisting that the receipt of death threats was way over the top, along with pointing out how people would abuse him online but say nothing when encountering him in person.

However, these Liverpool fans on Twitter still don’t seem ready to forgive Karius over that difficult night and insist that he should have come off if he had been concussed, with some accusing him of selfishness over staying on the pitch in such circumstances:

He should’ve known something was up before the Benzema mistake given the nature of it, even giving him the benefit of the doubt re that goal, there’s no excuses after that, he should’ve signalled that something was wrong but stayed on out of selfishness.

Everyone makes mistakes but the goal he conceded when benzema scored was pure stupidity. If he had a concussion he shud hv come off. Mignolet would at least not make the mistakes he did.

If this was true he should have signalled to come off then !

If this is true I feel sorry for karius but on the flip side if he felt like that in the game he should have signalled to come off for the sake of the team.

Karius, when you suffered the knock and you know within you that your vision wasn’t as sharp, why didn’t you call to be subbed for the good of the team?
You selfishly stayed on and you expect us fans to applaud you for subjecting us to that torture?
Overhead kick goal from mid????

If he knew his vision was compromised, he was a willing liability. The competitor in him didn’t want to be substituted, but he wagered the whole team’s success on his ability to weather the storm. Once the Benzema goal happened, he should have folded instead of going all in.

Liverpool fans, what did you make of Karius’ remarks on the 2018 Champions League final? Should he have signalled to come off after being concussed? Have your say by commenting below!