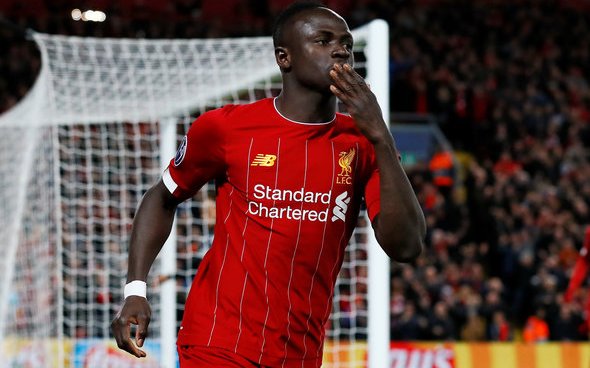 A number of Liverpool fans have hailed Sadio Mane after the winger’s monetary donation faciliated the construction of a new hospital in his Senegalese hometown of Bambali.

As featured on the new Rakuten TV documentary Sadio Mane: Made in Senegal and outlined by Chris Bascombe for The Telegraph, the 27-year-old has also enabled the building of a school in his hometown through a substantial donation. Those gestures were duly highlighted by @LFCTransferRoom on Twitter.

Liverpool striker Sadio Mané is building a hospital, after he built a school in his hometown Senegal. [@_ChrisBascombe] pic.twitter.com/A9xyEVHv5o

Bascombe highlighted in his article for The Telegraph that Mane is hugely reluctant to publicise his philanthropic deeds in any way and the revelation of his donation towards the construction of the hospital in Bambali comes off the back of UK health secretary Matt Hancock publicly calling out Premier League footballers for a perceived lack of financial support towards the fight against coronavirus.

Other generous deeds carried out by the Senegal forward include the donation of 300 Liverpool shirts to the residents of his hometown ahead of the 2018 Champions League final and his volunteer work in cleaning a mosque in Liverpool after a win over Leicester last season.

These Reds fans on Twitter hailed Mane for his latest ‘class‘ gesture, with one Kopite having a swipe at Hancock over his slanderous jibe at Premier League players:

Although I’ve not met him, nor do I know a lot about him, I’m willing to bet that he’s one of the nicest guys in the business. Love Sadio. ??

Liverpool fans, what do you make of Mane’s contribution towards the building of a hospital in his hometown? Comment below with your views!