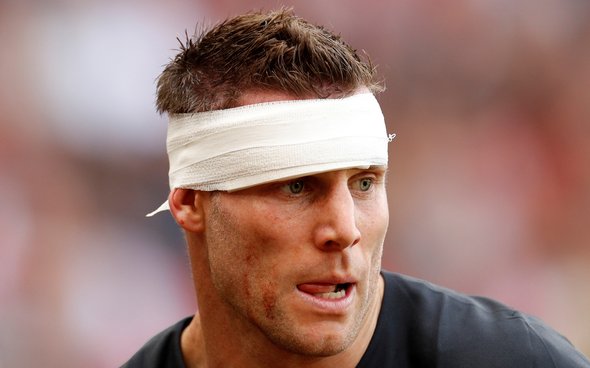 Plenty of Liverpool fans lapped up the wit of James Milner after the Reds midfielder posted a video of him doing some light work in his garden during the UK’s current lockdown.

The 34-year-old shared a clip on his Twitter profile @JamesMilner which shows him dunking pebbles into a bowl of water before giving them a light scrub and resting them on a towel embroidered with the Liverpool crest, smiling merrily throughout. He joked that his wife perhaps wanted him out of the house for a while and worked some puns into a couple of accompanying hashtags, including #stonemethiswilltakeawhile and #maybeifigravelshewillletmeoff.

On to the first on my new list of chores… I’m not 100% sure but I think maybe Mrs M wants me out of the house for a while ?????#stonemethiswilltakeawhile#easytomissone #maybeifigravelshewillletmeoff#staysafe pic.twitter.com/pJpvKFHLvj

Milner is no stranger to witty, humorous social media posts, as evidenced by his vastly sped-up stay-at-home skills session last week, sorting miniature chocolate eggs by their shell colour and a meeting with Liverpool fan and James Bond star Daniel Craig in which the Reds’ number seven joked that the actor was trying to work out why he didn’t also have the digits ’00’ on his shirt.

Give this man a medal

Oh James… with your LFC towel and everything! Bless you ???

?? James. I just love ya ?? who thought watching a man wash gravel would be so awesome ??

Liverpool fans, do you enjoy Milner’s humorous social media posts? Let us know in the comments section below!