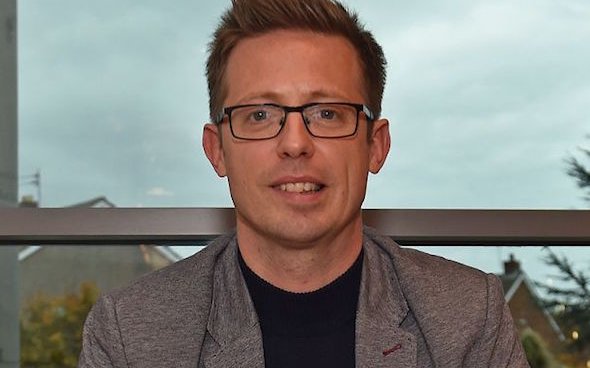 Plenty of Liverpool fans have been lauding sporting director Michael Edwards – but not for another transfer coup for the Reds.

Instead, the club’s transfer guru has taken on the #LFCHomeGoals challenge, a social media series whereby Anfield personalities try to recreate their favourite Reds goals at home during the UK’s current lockdown.

Curtis Jones was first to have a go on Friday, imitating his wonder strike in the FA Cup against Everton in January, and Edwards also modelled his attempt on that goal, blasting a miniature football into the top corner of an undersized goal net in his garden. At the end of the clip, which was shared on Twitter by @LFC, he emphasises the message to stay home and help to save lives during the coronavirus pandemic.

Last week we kicked off our #LFCHomeGoals challenge with @curtisjr_10 ???

We've had some brilliant attempts sent in so far ?

Even our very own Michael Edwards has accepted the challenge… ?#StayAtHomeSaveLives pic.twitter.com/3etNyUhAzA

Since being promoted to sporting director at Liverpool in 2016, he has been a central figure in signing the likes of Mohamed Salah and Sadio Mane while also succeeding in securing sizeable fees for the sales of underwhelming or rarely-seen players such as Dominic Solanke and Mamadou Sakho.

These Reds fans on Twitter hailed “another Edwards masterclass” after seeing the club executive’s abilities with a ball at his feet:

The Messiah has risen

build him a statue

Is there anything this man can’t do? Could sell ice to an Eskimo

Liverpool fans, did you enjoy Edwards’ attempt at the #LFCHomeGoals challenge? Comment below with your views!