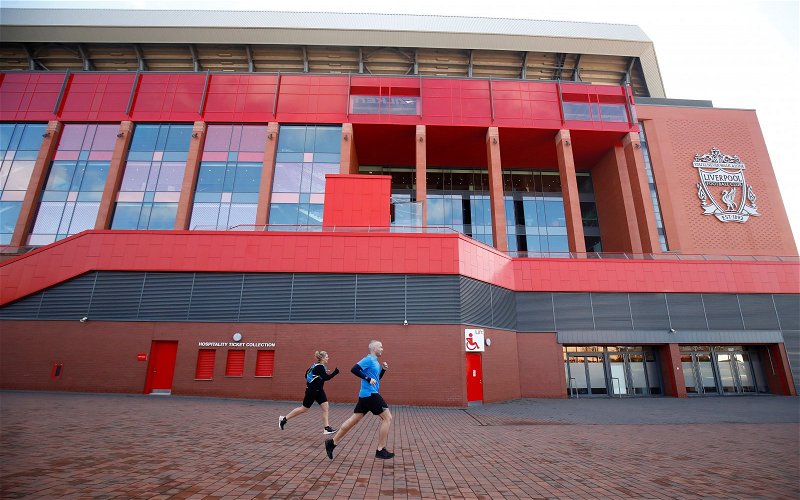 Plenty of Liverpool fans have not been impressed with the leak of what is rumoured to be the Reds’ home shirt for next season after it was exclusively released by Footy Headlines today.

The leaked design of what is believed to be Nike’s first home shirt for Liverpool as they supplant New Balance as the club’s kit supplier from June was shared by Empire of the Kop (@empireofthekop) on Twitter. The shirt is almost entirely red, apart from teal and white rims on the collar and sleeves reminiscent of the 1993-95 Adidas home kit.

This is going to divide opinion, we imagine! ??? https://t.co/tEYuQVrQjD

According to Footy Headlines, the leaked shirt follows Nike’s template for national team kits released this year and maintains the theme of the deeper shades of red that Liverpool have worn on their home shirts over the past three seasons.

Previous rumoured and concept kit designs have met with mixed reactions from some of the Reds’ fan base – many Kopites loved a black and gold concept kit publicised this week but plenty were unimpressed with a teal and sky blue away kit leak.

These Liverpool supporters on Twitter did not seem overly enamoured with the leaked home shirt for next season:

No thanks Home kit has to always be All Red with secondary colors White or Gold.

Nope not a fan why’s it so tight

It’s basically a Portugal home kit with an LFC badge. Not a big fan, but let’s see how it looks on the squad

The Green is horrid

The green and white sleeves and collar ?

Liverpool fans, what are your thoughts on the rumoured home shirt for 2020/21? Share your views in the comments section below!