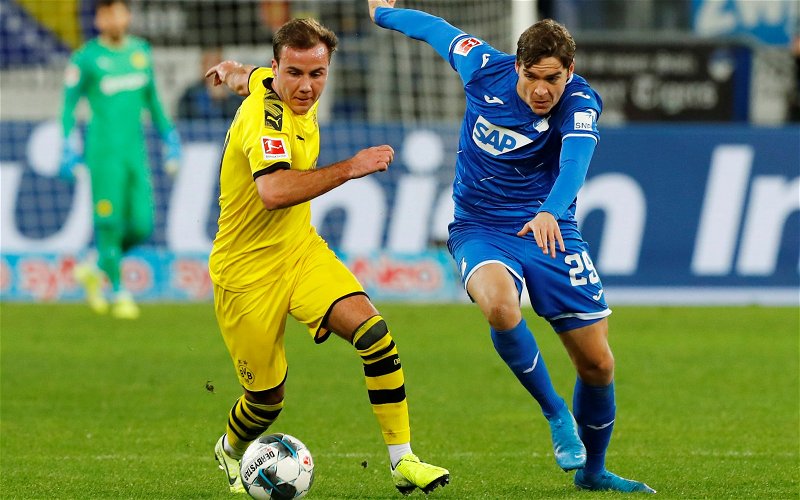 Some Liverpool fans are not keen on having Mario Gotze at Anfield after the Germany international confirmed he will leave Borussia Dortmund in the summer.

As noted by the Daily Mail, the 27-year-old declared his intentions to “make a change in the planning of my career” once his contract with the Bundesliga club expires at the end of June. The Daily Mail added that the attacking midfielder continues to keep in touch with Jurgen Klopp, his former manager at Dortmund, and has been linked with a reunion with his fellow countryman at Liverpool.

Mario Gotze has confirmed he will leave Borussia Dortmund on a free transfer at the end of the season.

He played his best football under Klopp, is still only 27 and almost came to Anfield in 2016.

Would you consider a move again as a potential Lallana replacement? pic.twitter.com/BoYGP1ZdDU

According to The Telegraph, the Reds had been strongly linked with a move for Gotze back in 2016 when he was at Bayern Munich and it was under Klopp that he reached the Champions League final three years previously with Borussia Dortmund. However, the scorer of Germany’s winning goal in the 2014 World Cup final has been beset by a series of niggling injuries since his return to Signal Iduna Park and has played just 596 minutes of football this season.

These Liverpool fans on Twitter think the club shouldn’t move for him this summer, with some preferring to see Reds youngster Curtis Jones being given his chance and others comparing Gotze with another injury-plagued midfielder in Adam Lallana, who is likely to leave the club in the coming months (as per Liverpool Echo):

No. I’m hoping we can buy another B2B midfielder and also have Jones take Lallana’s spot.

Rather give this lad a chance pic.twitter.com/MBMQohellL

Nope would like to see Curtis Jones given more chances

No chance. Didn’t wanna be part of the rebuild when offered the chance so he can leg it if he thinks he’s coming now. He’ll end up at another top 8 Prem team I reckon.

No, he’s failing out of every club left and right. Being good once doesn’t mean he’ll always be.
German Joe Cole.

Did he not turn us down because we weren’t in UCL? He actually didn’t want to help us return to our glory days.
Now that we’re up there amongst the elite…?

Liverpool fans, do you think Gotze would be worth pursuing on a free transfer or do you feel his best days are behind him? Join in the discussion by commenting below!