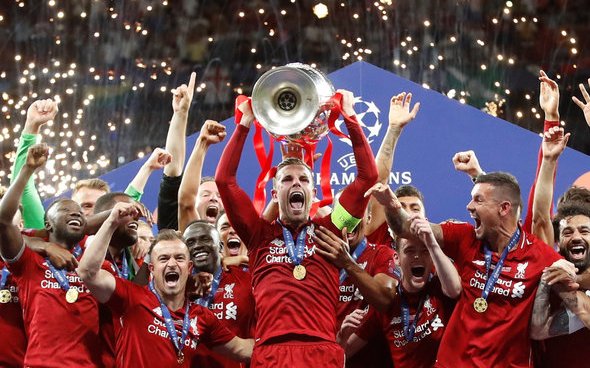 Liverpool captain Jordan Henderson has been heralded by a number of the club’s supporters over his role in organising a fund to help the NHS during the current coronavirus pandemic.

As reported by Matt Lawton and Paul Joyce in The Times, the England midfielder has contacted the captains of other Premier League clubs in attempts to build a multimillon-pound fund for the country’s health service in a demonstrable show of support for frontline health workers. Joyce shared the story on his Twitter profile @_pauljoyce.

According to The Times, Henderson had made contact with his fellow top-flight captains before yesterday’s scathing remarks from health secretary Matt Hancock, who said that Premier League players should “take a pay cut and play their part” in the response to COVID-19 (as per BBC). Some clubs have furloughed non-playing staff after experiencing shortfalls in cash flow due to the football season being placed on hold.

These Liverpool fans took to Twitter to lavish praise on the Reds’ skipper for his proactive efforts in trying to help the NHS during the current crisis:

Captain of the UK

Couldn’t be more proud. And kudos to all the PL players involved. Maybe they might soon be the recipient of the hollow thanks that make up the first 12 minutes of every briefing.

Fantastic, the vast majority of players give so much to there local community that goes unreported. It was a poor deflection tactic from Hancock to suggest they should be doing more. I hope he publicly acknowledges this and gives credit where its due

Captain on the pitch, captain off the pitch.

Genuinely unsurprising from our captain. A giant among men in a society desperately in need of leaders. #HENDERSON #YNWA #COVID19

This is why he should be player of the year

The true and rightful England captain. He’s proved countless Times why that should be him without hesitation.

Liverpool fans, what do you make of Henderson’s actions in organising a fund to help the NHS? Share your views in the comments section below!