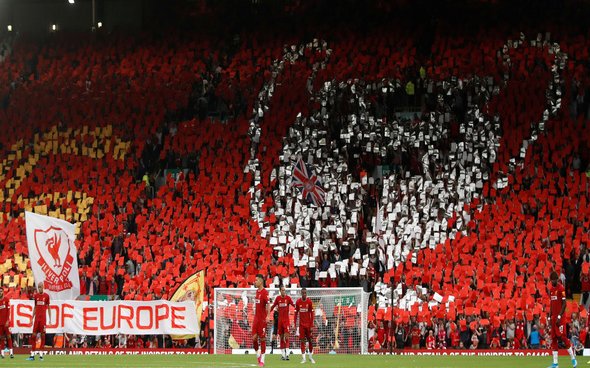 Plenty of Liverpool fans have reacted with bemusement to the creation of an online petition calling for this season’s Premier League to be declared null and void.

A petition from John Ferguson appeared on Change.org claiming that the current season should be scrapped due to the coronavirus pandemic, which has caused the cessation of football in the UK since 13 March.

The petition, which has more than 1,600 signatures from rival supporters, comes after numerous football personalities advocated a similar course of action and argued that runaway Premier League leaders Liverpool should be denied the title rather than three clubs being relegated, as would likely be the case if the season is unable to resume and the authorities declared the current table as final.

As things stand, the Reds are 25 points clear at the top of the table and need only two wins from nine games to ensure a first league title since 1990. As reported by Sky Sports, the Premier League is targeting a return to action for 9 June behind closed doors, an idea which has the backing of the UK government.

These Liverpool fans on Twitter found the petition to void the season rather amusing:

Imagine being so bitter & vile to actually sign a petition to void a season when there’s still a shot at Europa ??

Mad how we get called names like petition FC, seen a null and void petition floating about today, can’t talk about it tho otherwise we’re “victims” ?

Throughout all the hysteria, completely forgot rival fans creating petitions for ‘Null and Void’. Ahhhh this win is going to be so sweet ? https://t.co/Tj13FPAokW

Just seen here's a petition to void the Prem. HAHAHAHA.

So there's a petition on this app to nUlL AnD VoId the season? ????????? no further proof as to why we're the biggest club in England.??

Dear LFC Haters…we have so much more in store for you to be mad at, so please be patient! ?

So it is somehow fair to deny Liverpool the title when we’ve got a 25 point lead but it’s unfair for relegation teams because it’s too close? Sounds like Trump logic to me

The shows the amount of hate towards us as they know deep in their black hearts they’ll never be like us. You can’t buy class and history ??

Liverpool fans, what did you make of the petition calling for the Premier League season to be declared null and void? Comment below with your views!