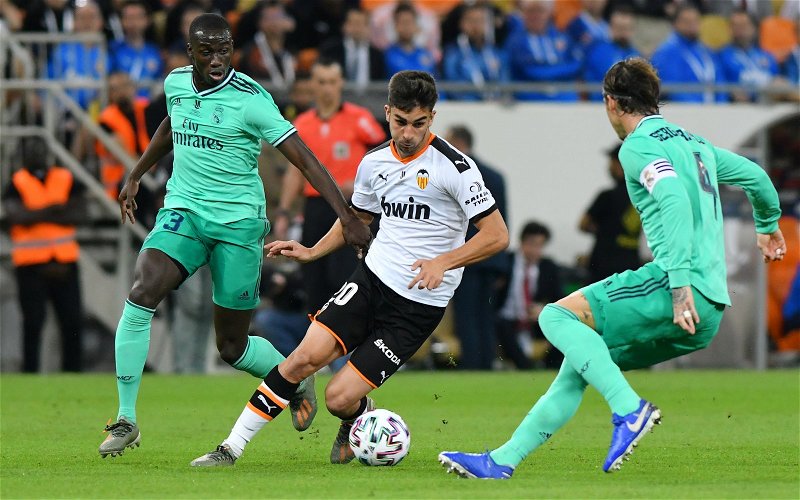 Plenty of Liverpool fans have been purring over reports that the club have entered into negotiations with Valencia’s Ferran Torres about a possible transfer.

German media outlet Sport 1 claimed on Monday night that talks have already taken place between the Merseyside club and the 20-year-old winger, who is also wanted by Borussia Dortmund, Manchester United, Juventus, Atletico Madrid and Bayern Munich. According to @LFCTransferRoom on Twitter, who shared an update on the youngster, he would likely cost in excess of €30m (£26.4m).

Liverpool had initially been linked with Torres last month by Corriere dello Sport [via Goal.com/it] and, while he reportedly has a release clause of €100m (£91.64m) in his Valencia contract, the La Liga club could sell him for much less as his deal expires next year and they may need an influx of cash amid the coronavirus outbreak stopping football in Spain.

The 20-year-old starred for Spain in last year’s European Under-19 Championship and has scored six goals and seven assists in 35 games for Valencia this season. He has a better passing success rate than Liverpool’s first choice right winger Mohamed Salah (79.6% to 76.1%) and his match average of 1.7 successful dribbles is equal to that of the Egyptian.

These Reds fans on Twitter were quite pleased with the reported commencement of talks between Liverpool and Torres over a possible move to Anfield:

Please him and timo werner

If we bring him along with Werner and/or Havertz our attacking positions will be set (and scary for any opponent) for years!

would love to see it!

Liverpool fans, are you hopeful of Torres being signed in the summer? Do you think he would be an astute addition to Jurgen Klopp’s squad? Comment below with your views!