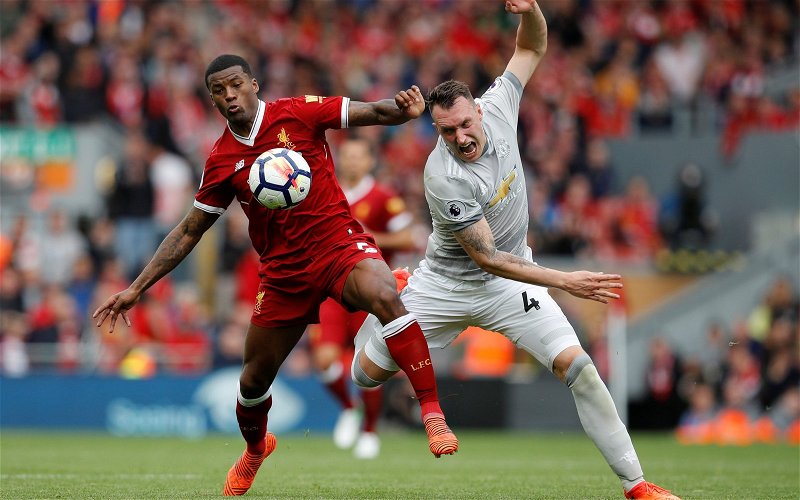 Plenty of Liverpool fans have been reacting to an admission from a player who could have lined out at Anfield but instead ended up at one of the Reds’ fiercest rivals.

In an interview with MUTV [via Sports Mole], Manchester United defender Phil Jones said that, prior to his 2011 transfer to Old Trafford from Blackburn, he had an offer from Liverpool but rejected their advances, instead preferring to link up with Alex Ferguson. A link to the story was shared on Twitter by @AnfieldWatch.

Phil Jones claims he had an offer from Liverpool before Man United move. ?https://t.co/hbiaJihFSK

Jones told MUTV [via Sports Mole]: “I had offers from other clubs. I could have gone to a host of clubs: [Manchester] City, Chelsea, Liverpool, Arsenal and Everton.”

As reported by The Telegraph in 2011, then-Liverpool manager Kenny Dalglish had been interested in bringing the centre-back, then only 19 years old, to Anfield. However, at a time when the Reds had limped to a sixth-place Premier League finish and Manchester United had claimed a fourth title in five years, the youngster’s heart was set on a move to Old Trafford.

These Liverpool fans on Twitter were glad that the club didn’t manage to sign Jones, who has not had the most sterling of reputations during his time in Manchester:

So glad we dodged this bullet.

to work as a steward?

As a ball boy?

Liverpool fans, are you relieved that Jones snubbed the Reds’ advances nine years ago or were you disappointed at the time to miss out on him? Comment below with your views!