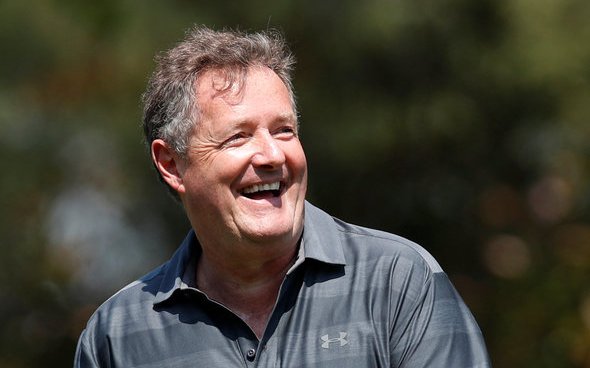 Plenty of Liverpool fans have grudgingly agreed with Piers Morgan’s strong condemnation of the club’s owners FSG over their decision to furlough non-playing staff during the coronavirus pandemic.

On Saturday, Liverpool FC announced in a club statement that they would take up the government’s job retention scheme by placing some employees on temporary leave, a decision which met with opposition from some Reds fans, the Spirit of Shankly supporters’ union and Jamie Carragher.

Morgan slammed FSG on social media over the weekend about the furloughing of some staff and, speaking on Good Morning Britain today, he again hit out at Liverpool’s owners, saying: “What an astonishingly stupid decision from Liverpool Football Club”. A clip of his latest comments was shared on Twitter by @AnfieldWatch.

The TV personality has previously had his say on matters regarding the Anfield club – last month, he called for the Premier League season to be voided (via @piersmorgan on Twitter) following the COVID-19 outbreak, saying that “trophies don’t matter now” – Liverpool had been on the verge of winning the league prior to the cessation of football in March.

These Reds supporters on Twitter reluctantly agreed with Morgan’s criticism of FSG on the decision to furlough some staff:

It's not often we agree with Piers Morgan, a man whose own moral compass is far too off-kilter for him to question others so often, but in regards to his criticism of Liverpool's owners today – he's probably right ? https://t.co/gEYAeoW10i

Even though he hates Liverpool and wants to restart the season just so that we don’t win the league yes, he is right on this one.

I hate that we have made such a poor decision & opened ourselves up to characters like Morgan legitimately having a go. So disappointing- let’s hope we have a change of heart.

He’s right…a PR disaster. The person who suggested it should be fired

Liverpool fans, do you agree with Morgan’s views on this matter? Have your say by commenting below!