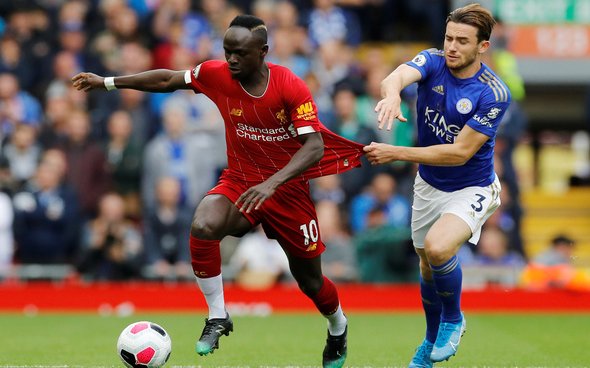 A number of Liverpool fans have given short shrift to transfer reports claiming that Sadio Mane wants to leave Anfield and sign for Real Madrid.

According to a report from France Football [via Daily Express], the 28-year-old is apparently disenchanted with Jurgen Klopp’s backing of Virgil van Dijk rather than him for the Ballon D’Or last year, adding that Real Madrid are the only club that he is interested in joining. The story was later shared on Twitter by @AnfieldEdition.

Sadio Mane’s “big dream” is to join Real Madrid and they are the only side who could convince to leave Liverpool, with the winger having no interest in joining PSG, who are also keen.

Zinedine Zidane is a huge admirer of the Senegalese star. [France Football] pic.twitter.com/FaCHInBe88

France Football also claimed that Mane’s “big dream” is to play with the La Liga side and that Liverpool value the Senegal international at €150m (£132.3m). Although Real Madrid manager Zinedine Zidane is reportedly a huge admirer of the Reds player (as per Football Insider), journalist James Pearce said in a Q&A for The Athletic last week that he was “not aware of any contact from Real Madrid”, adding that Mane is “loved” at Liverpool and would have no reason to leave Anfield.

These Reds fans on Twitter certainly didn’t seem too alarmed about the possibility of Mane being sold after hearing of the report from France Football:

Yea yea we have heard all this bull before. My only worry is he has only just signed a new long term deal and we remember only too well what happened the last time someone signed a new deal then wanted to leave…. ensures top dollar but we shouldn’t be letting our players go

Are they ready to pay double what we priced Coutinho? This guy has won the Champions League. I know he was already good at Southampton, but he has adapted to the way Klopp plays. Zidane might need to think about that first.

I genuinely don’t believe Mane will be going anywhere soon

1.5x what they paid for Hazard, and only if Sadio wants the move…

Liverpool fans, do you think Mane will stay put at Anfield in the wake of Real Madrid’s reported interest in him? Comment below with your views!