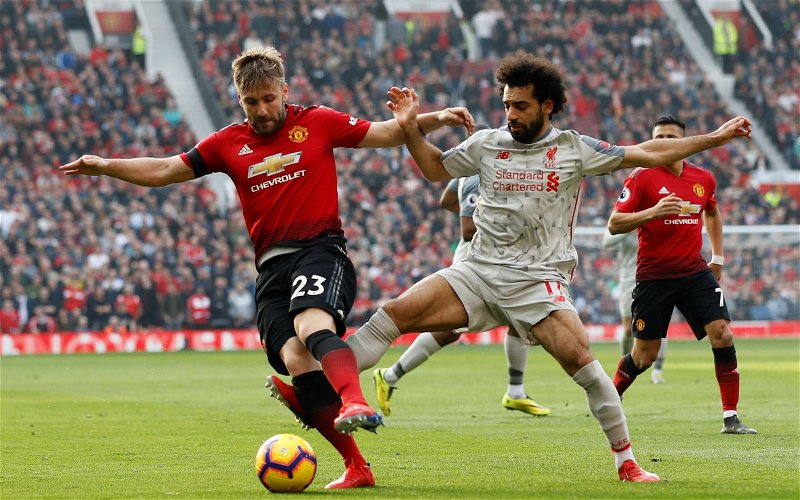 A number of Liverpool fans have hit out at Luke Shaw after he called for the Premier League season to be voided if it cannot be resumed due to the coronavirus pandemic.

Speaking during a Combat Corona Twitch FIFA competition [via Liverpool Echo], the Manchester United defender said: “Scrap it and start again. Start it again, yeah. It’s gotta be you know. If we can’t carry it on it’s got to be void.” His comments were later posted on Twitter by @AnfieldEdition.

Luke Shaw: “Scrap it and start again. Start it again, yeah. It’s gotta be you know. If we can’t carry it on it’s got to be void."

Shaw, capped eight times by England but not since September 2018, is the latest figure to advocate the voiding of the Premier League season if it cannot be resumed. Manchester City’s Kevin De Bruyne is another current player to take that stance, as have ex-England internationals Tony Adams, Joe Cole and Rio Ferdinand.

If the 2019/20 Premier League is declared null and void rather than restarted, it would deprive Liverpool of the chance to win a first title in 30 years – the Reds are currently well on course to become champions as they have a 25-point lead and need only six more to clinch the title. A statement from the Premier League last Friday indicated a strong willingness among key stakeholders to resume the season when safe to do so.

Unsurprisingly, many Liverpool fans were furious at Shaw’s remarks, with some choosing to mock the Manchester United defender, over whom there has previously been concern at the club regarding his weight and who had lost his place in the team this season (as per Daily Mail):

He could probably just void his whole career then

He has to be talking about his career

Hahaha got nothing to do with their season

Liverpool fans, what did you make of Shaw calling for a null and void season if it cannot be resumed? Share your views in the comments section below!