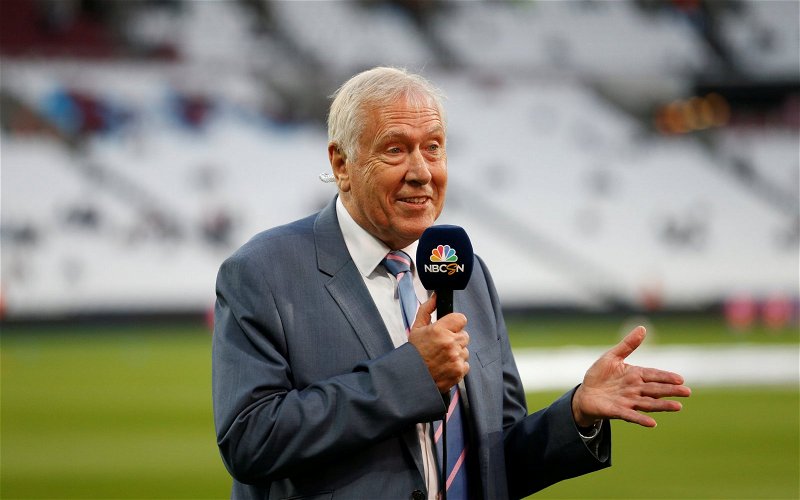 A number of Liverpool fans have hit out at Martin Tyler after the TV commentator questioned the setup for broadcasters at Anfield following redevelopment of the stadium in recent years.

Speaking to Sky Sports, he said that the venue’s gantry was once “the best in the world” but feels that the redevelopment of the Centenary Stand had a negative impact on conducting match commentaries at the ground. He stated: “Unfortunately, there is not space for commentators to sit alongside the cameras which is in itself a difficulty. You at home are watching the match from a different angle to we broadcasters. It is the same at Chelsea and Wembley.”

Tyler has frequently found himself the target of scorn from some Liverpool fans, with an element of Kopites criticising his perceived lack of enthusiasm following the Reds’ Premier League victories over Arsenal, Chelsea, Manchester City and Manchester United this season. He enraged a number of Red supporters in 2015 when he loudly exclaimed “Oh yes” in response to Anthony Martial’s goal on his Manchester United debut against Liverpool, as reported by Manchester Evening News.

Despite Tyler commending the club for staying at Anfield rather than moving to a new venue, a possibility mooted a few years ago, these Liverpool fans fumed at the Sky Sports commentator over his remarks on the stadium’s commentary facilities:

I don't think I am alone in this, but whenever he is commentating for the @LFC game, I mute my TV… #martintylersucks

The day he retires I’m going to have a party

As soon as i know he is commentating on our game my heart sinks….and then press mute

That’s because we keep winning, nothing to do with his seating position.!

Because he is a bloody Manc! Every goal Liverpool score is a dagger to his heart

Liverpool fans, were you annoyed at Tyler’s criticism of Anfield’s commentary setup? Let us know what you think in the comments section below!