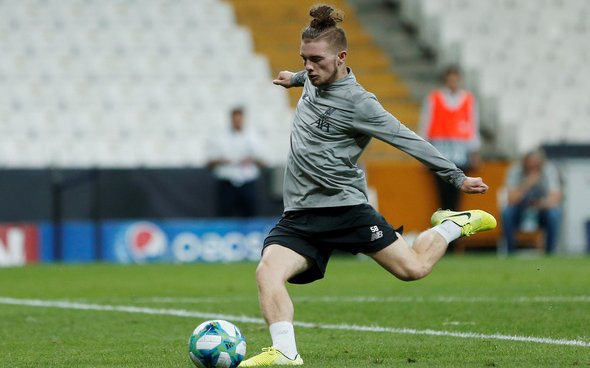 A number of Liverpool fans have been critical of the club’s reported agreement of a lucrative new contract for teenager Harvey Elliott.

As reported by Football Insider and shared on Twitter via @AnfieldEdition, the Reds have agreed terms with the 17-year-old winger on a three year, £20,000-a-week deal, which would see him earning far more than other youth team prospects at Melwood. Football Insider added that Jurgen Klopp has “big plans” for Elliott and intends to give him a considerable amount of game-time next season in preference to sending him out on loan.

Liverpool have agreed the terms of a new contract for Harvey Elliott and will snub any loan proposals for next season.

Elliott will “leapfrog” the other youth stars at Anfield, earning over £20k a week. [Football Insider] pic.twitter.com/Bi2Arq7BVC

The youngster has made seven first team appearances since joining from Fulham last summer, with six starts in domestic cup competition and a Premier League cameo at the end of the home win over Sheffield United (as per TransferMarkt). His display on his senior Reds debut against MK Dons in the Carabao Cup drew praise from numerous Liverpool supporters.

However, he has also been involved in some unflattering episodes in recent months. He received a 14-day suspension from the FA in October after posting a video featuring derogatory language about Harry Kane (as per BBC) and was rebuked on the pitch by Curtis Jones during a UEFA Youth League game against Napoli following a dispute over who would take a penalty (as per Daily Express).

These Liverpool fans on Twitter feel that Elliott would be rewarded with a £20,000-a-week deal too soon by the club, with one Kopite calling it a “terrible idea”:

Class player but the attitude of a leaf

Terrible idea, already has an ego and an attitude problem, good player yes but shouldn’t be on that wage

Trent earns 40k a week but he hasn’t even done a tenth of what trent has but will earn half his wage? ?

That guys going off the rails if he gets his 20k. Will ruin his career before he’s 21 with his attitude.

Nope, not ready for that, the lad has wayyy too much of an attitude, needs to be kept in line to have any chance of success

Liverpool fans, do you think the club’s reported decision to give Elliott a new £20,000-a-week contract is a mistake? Should they let him develop further at youth team level first? Comment below with your views!