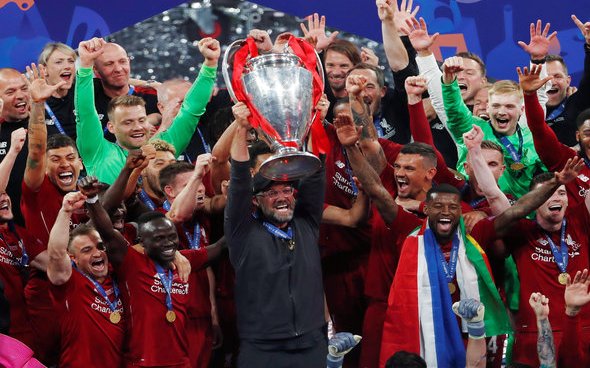 A number of Liverpool fans have voiced their disagreement with “ridiculous” proposals from UEFA to revamp the Champions League in the coming years.

As reported by the Liverpool Echo, European football’s governing body are considering changes to the format of the competition, to be enacted from 2024, which would see admission to the tournament decided by league placing over the previous four seasons rather than the one preceding campaign. Therefore, the top four finishers in the Premier League would no longer be guaranteed a place in the competition. The story was subsequently shared on Twitter by @AnfieldEdition.

UEFA are drawing up a new plan for the Champions League for 2024 that would effectively get rid of the top 4 and have a 32 Champions League, where spaces would be based on a team’s league positions in the previous 4 seasons. [Liverpool Echo]https://t.co/o9VEpX7WuF

The Liverpool Echo added that the FA maintain the proposals would “protect elite European club revenue streams”, with some teams potentially needing to either win their domestic league or reach the semi-finals of a revamped Europa League to qualify for the Champions League.

Under the new proposals, domestic finishes from next season would partly count towards the entry list for the 2024/25 Champions League. Liverpool’s second-place finish last term and their emphatic lead in the current Premier League campaign would suggest that they appear better placed than most to maintain momentum into the seasons which would be counted towards the 2024/25 Champions League.

However, these Reds fans on Twitter were still strongly opposed to UEFA’s proposed revamp of its premier club competition:

Thats just wrong in so many ways.

Ridiculous, all about the money nowadays ??

An annual competition whose qualification is based on the previous four year performance is faulty. There is a lot that can change within a club in 4 years.

Would make it pretty much impossible for any other teams outside the current top4/5 to ever qualify for the CL, unless someone does another Leicester and wins the league thereby qualifying automatically. Terrible idea IMO.

So leicester wouldnt qualify for this season by that logic.

that sounds ridiculously confusing and stupid

That is so stupid

Liverpool fans, what do you make of UEFA’s reported proposals to change the qualification method for the Champions League? Comment below with your views!