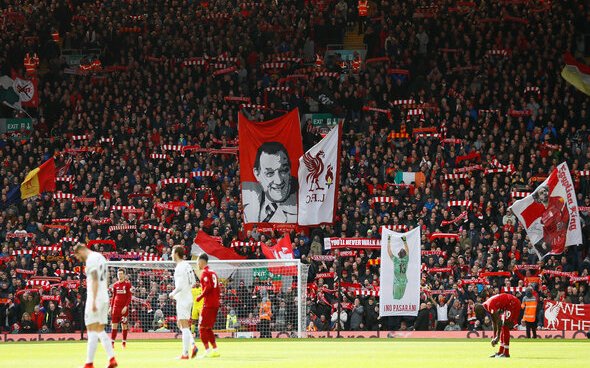 A fresh look at the rumoured Liverpool home kit for next season has elicited plenty of reaction on social media, with many of the club’s fans unhappy about one aspect in particular.

Twitter channel @AnfieldEdition uploaded three close-up images of the proposed new shirt, which was first shared on Footy Headlines a few days ago, and one of those shows a slightly raised club crest that appears to be ironed on to the kit. That elicited complaints from some Reds supporters who are fearful that the quality of the overall shirt would diminish unless the crest is embroidered into the material, as it has been with recent kits.

The close-up images are the latest fresh take on the rumoured home kit, being published just days after a video detailing the shirt was shared on Twitter by @6startravel. While no official confirmation about new kits has yet been made, what is certain is that the finished designs will be made by Nike, who will take over from New Balance as the club’s kit supplier during the summer.

These Liverpool fans took to Twitter to air their grievances about the appearance of the club crest on the rumoured kit:

Whoever at the club passed this stuck in badge to save a few quid needs their head looking at. Very cheap and not befitting

The badge looks like it’s ironed on. Looks cheap.

Can’t believe if the badge is not embroidered mind?? Few washes and its gone?

Looks cheap are they glue on badges

Like everything apart from the fact the badge is ironed on… I mean really?!

They better stitch in that crest and Nike sign that stick on thing is cheap I hope it’s just a concept and not the finished product ??

Liverpool fans, what are your thoughts on the rumoured home kit for next season? Is there anything in particular that you like or dislike about it? Share your views in the comments section below!