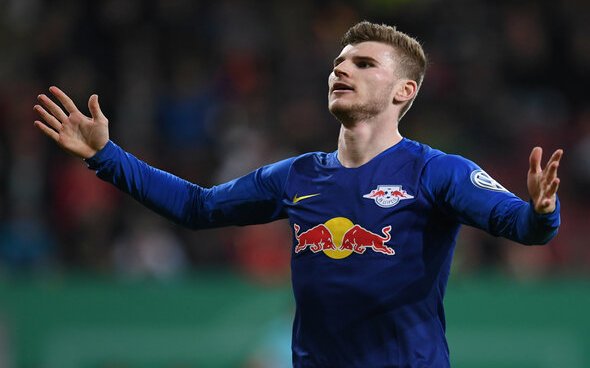 A number of Liverpool fans have implored the club to complete a deal for Timo Werner after a journalist from Germany hinted that the Reds are in a strong position to sign him.

Christian Falk, head of football at German media outlet Sport Bild, told Passione Inter: “Werner won’t go to Inter. There are already meetings scheduled with Jurgen Klopp. Liverpool is the big favorite to buy in the summer.” His comments were subsequently shared on Twitter by @LFCTransferRoom.

Timo Werner won't go to Inter Milan. There are already meetings scheduled with Jurgen Klopp. Liverpool are the big favourites to buy him in the summer. [@cfbayern] pic.twitter.com/dXg4OKyM1E

Last week, Sport Bild reported that Klopp is very keen to land Werner and has been determined to arrange a meeting with the RB Leipzig striker to assess whether he wants to push through a prospective transfer. Over the weekend, Bleacher Report claimed that the 24-year-old is taking English lessons and is keen on a move to the Premier League.

As a scorer of 27 goals in 36 games this season, and having been linked with Liverpool going back to last autumn (as per Bleacher Report, via talkSPORT), many Reds fans are understandably keen to see the striker at Anfield soon. One Kopite hopes that this transfer story will not go the same way as Nabil Fekir’s failed transfer in 2018, when a deal for the Frenchman inexplicably collapsed even after he had recorded an interview for LFC TV (as per L’Equipe, via talkSPORT).

Here is a flavour of the reactions from some of the Liverpool faithful:

Can’t wait to see the Bunsen Werner in action, let’s make this happen

This better not be another fekir saga we need to get this deal done.

When will these speculations end

Just get it done already

Take your time and hurry up ?

Liverpool fans, are you confident that the Reds will get a deal for Werner over the line? Let us know in the comments section below!