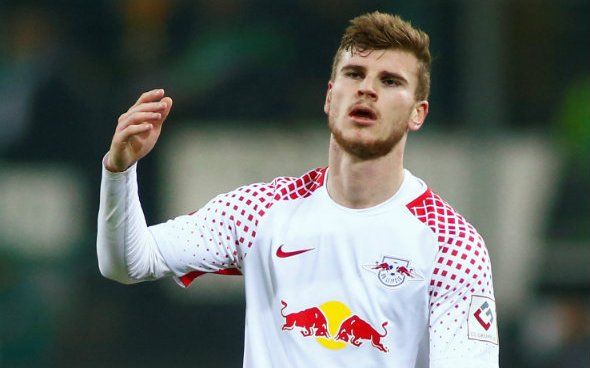 Some Liverpool fans have hit out at Dimitar Berbatov after he advised Timo Werner to sign for Bayern Munich instead of the Reds this summer.

The RB Leipzig striker has been heavily linked with a possible move to Anfield, with Spanish media outlet Sport claiming this week [via Sport Witness] that a deal for the 24-year-old is ‘very close’. However, ex-Manchester United striker Berbatov told Betfair [via Sports Mole] that the Germany international would be better suited to staying in the Bundesliga.

He said: “Every season they [Bayern] are up there in the Champions League and they have been dominant in Germany. To be honest, it looks like a sensible move for Werner, he knows the league, they know him there, he can get used to his surroundings a lot easier…I don’t think Liverpool will miss out if he doesn’t move to Merseyside, their front three are so good.”

Berbatov’s transfer advice from Werner comes just a couple of days after former Liverpool midfielder Dietmar Hamann told The Athletic’s Steilcast Podcast that the Reds should steer clear of the 24-year-old, claiming that he wouldn’t fit into Jurgen Klopp’s style of play.

Werner has excelled for RB Leipzig this season, scoring 27 goals in all competitions and helping them to reach the Champions League quarter-finals. His goals tally is seven higher than that of Liverpool’s leading scorer Mohamed Salah and more than twice that of their most potent centre-forward Roberto Firmino [as per TransferMarkt].

These Reds fans took to Twitter to slam Berbatov for saying that Werner should snub Anfield for Bayern Munich:

Liverpool fans, what do you make of Berbatov telling Werner to favour Bayern Munich over the Reds? Comment below with your views!