One that got away: Despite his later struggles, Liverpool would rue failed Alexis Sanchez pursuit in 2014 [Opinion] 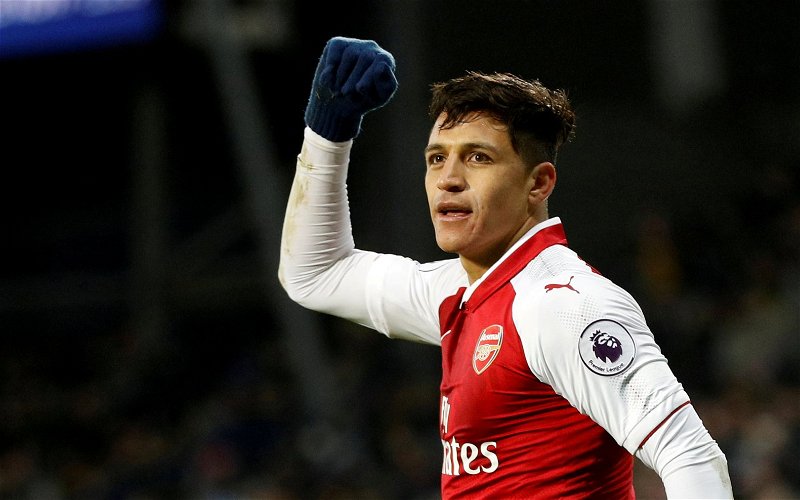 Liverpool fans weren’t to know it at the time, but the dates of 10 and 11 July 2014 would ultimately have a telling effect on the season that followed for the Anfield club.

On the latter date, the sale of Luis Suarez to Barcelona was confirmed, depriving the Reds of their 31-goal top scorer from the previous season as they fell just short of winning the Premier League. The Uruguayan was an instant Camp Nou replacement for Alexis Sanchez, who on the previous day was signed by Arsenal – but he could easily have been part of a straight swap between Barcelona and Liverpool had events transpired differently.

The 2014 World Cup was an eventful one for both players. Sanchez scored twice for Chile as they made a respectable round of 16 exit on penalties against host nation Brazil. Suarez, on the other hand, saw his tournament end in disgrace as he has handed a four-month ban from football for biting Italy’s Giorgio Chiellini in the group stage, having scored twice against England in a 2-1 win a few days earlier.

Once the players’ respective nations had been eliminated from the tournament, attention turned to their futures at club level. As reported by BBC on 4 July 2014, Barcelona were ready to meet Liverpool’s £75m release clause for Suarez, with the Reds hoping to lure Sanchez in part-exchange. The Catalan club were willing to include the Chilean in a swap deal but the fate of any such move would rest on the player’s shoulders.

In the end, there was little Liverpool could do. A week after Sanchez completed his move to Arsenal, then-Reds manager Brendan Rodgers told the Evening Standard that, while the Chilean would have been an ideal it for the Merseysiders, the player and his family were set on moving to London rather than Liverpool.

If there was a sense that Sanchez had fallen through the net for the Reds in summer 2014, it would have been exacerbated within a few short months. He signed off at Barcelona with 21 goals in 54 games in his final season with the club and went on to score 25 goals in 51 matches in his first campaign at Arsenal, who finished third in the Premier League and won the FA Cup.

Having missed out on Sanchez, Liverpool brought in Rickie Lambert and Mario Balotelli as centre-forward replacements for Suarez. The pair scored a paltry seven goals between them all season, while an injury-hit campaign for Daniel Sturridge restricted him to five goals. The Reds’ two top scorers, Steven Gerrard and Raheem Sterling, had 24 goals combined, one fewer than Sanchez on his own, and Rodgers’ team finished a lowly sixth in the table.

The shadow of the failure to sign Sanchez hung over the following season, too. The Chilean’s scoring tally in 2015/16 was a more modest 17 goals but that was still four higher than Liverpool’s top scorer Sturridge, while £32.5m acquisition Christian Benteke could only manage 10 goals in a tepid campaign. It wasn’t until 2016/17, when Sadio Mane and Roberto Firmino hit 25 goals between them, that the Reds seemed to have a genuinely fearsome attacking threat to finally compensate for Suarez’s absence.

With that duo joined by Mohamed Salah in 2017, the goals flowed freely for Liverpool in the following season. Sanchez, on the other hand, saw his career slump after joining Manchester United in January 2018, managing only five goals in 45 games before they dispatched him on loan to Inter Milan last summer.

The Chilean’s stock seems far lower than that of Liverpool’s main attackers now but, six years ago, he would probably have been the perfect replacement for Suarez. Instead, while he became an instant hit at Arsenal, the Reds were left looking on at what might have been.

Liverpool fans, were you raging when Sanchez snubbed the Reds to join Arsenal in 2014? Do you think Rodgers’ final year at the club would have worked out differently if the Chilean had been signed? Comment below with your views!