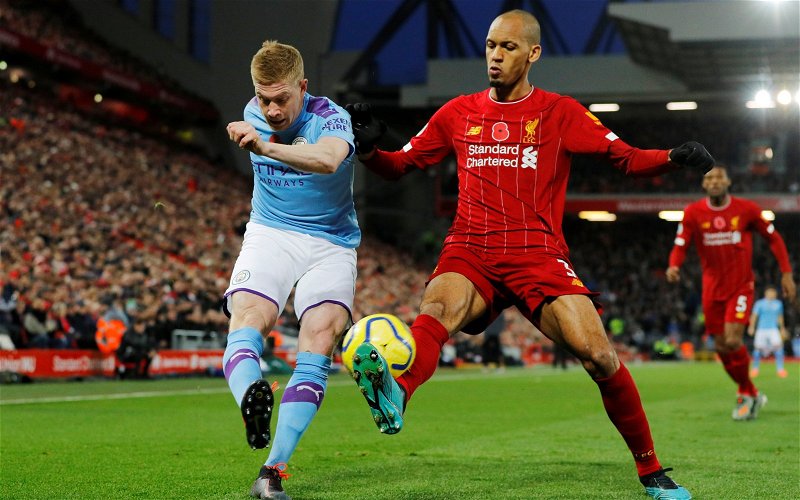 Manchester City midfielder Kevin De Bruyne has already attempted to put pressure on us before a ball has even been kicked.

We are set to open the defence of our Premier League title under the lights at Anfield, as newly-promoted Leeds United are the first of 19 teams to come to town. This will be the second successive season that we have faced the champions from the division below in our opening game on Merseyside.

As we all love to talk about, we are the current Premier League champions, finishing 18 points ahead of Pep Guardiola’s side in what turned out to be a massacre. But we all know that the same gap will cease to exist this season.

When asked how hard it is to defend the Premier League title by the Daily Mail, he said,

“It is really hard, yeah, it was harder than we expected and we needed a very big fight with them to get it done.

“Mentally sometimes it’s tougher. Some teams are a little more focused on beating you. Sometimes some people find it more difficult after winning to get that same feeling again. It is very difficult to recreate the same feeling even with the same team.

De Bruyne continued. “I think they [Liverpool] can reach the levels again. I don’t think you need to change the team to have the same feeling or ambition. But I don’t know how they feel. I don’t know their desire. For everyone it is personal.

“Sometimes when you win something you can feel less. Sometimes it can give you extra hunger. So it’s difficult to know. Let’s see.”

The blue half of Manchester were heavily linked with bringing Barcelona superstar Lionel Messi to the Premier League, which would have made our task that little bit harder. But he eventually decided to stay at the Nou Camp, despite the decision being against his wishes, as per Goal.

These are classic mind games being played in front of our very eyes. Even though everything that De Bruyne said is hard to disagree with, the timing of his statement indicates that he trying to put the pressure on us early.

Yes, I can imagine it is extremely difficult to defend a title. I, personally, have never been in the position as a fan where we are looking to regain our league crown.

City will be gunning for us this season, and I don’t blame them. They spectacularly blew their title chances early on last season and will be looking to make amends. But they may have to look over their shoulders at Chelsea as well as Liverpool, who have been spending money like it’s going out of fashion.

The 2020/21 campaign looks like it won’t be as straightforward than in recent years. A three-horse race for the title will keep us all invested right until the end. It’s such a shame that games will remain behind closed doors.