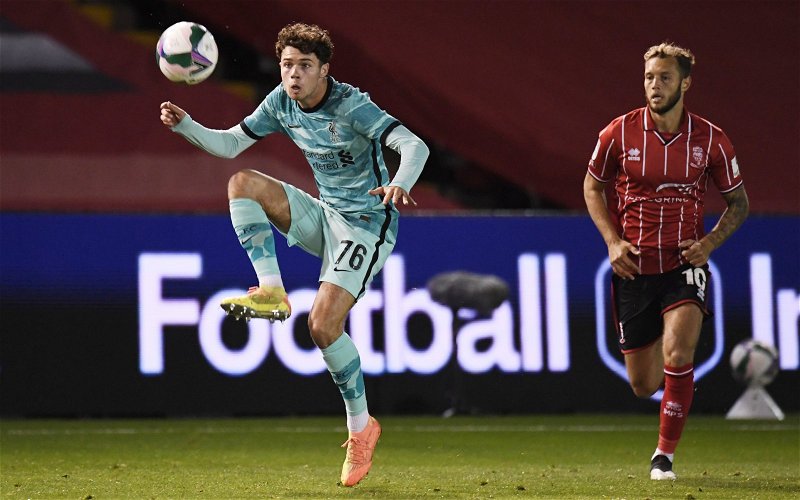 What happened following our 7-2 victory against Lincoln City on Thursday night angered me like you wouldn’t believe.

Our 19-year-old right-back Neco Williams was forced to blackout his social media account after receiving a barrage of criticism from segments of the Kop faithful after the game. I’ve had plenty of time to reflect on this but still cannot understand what those individuals were unhappy about.

This was regardless of the fact that we ran out comfortable winners at the LNER Stadium, and that we rarely looked troubled despite conceding twice just after the hour mark.

Williams made an error as Tayo Edun scored the first of two goals for the hosts, where some fans were livid with the young Welshman. Correction, they completely overreacted.

They clearly forgot about his wonderful crossfield pass to Divock Origi who set up Takumi Minamino’s stunning curled effort in the first half. Football can be perceived in a fickle fashion and this is a classic example of it.

I get extremely irritated with these knee jerk reactions by, I’ll say this clearly, a small minority of our supporters, or keyboard warriors online if you like.

Williams is a young man, still learning his trade in what is a world-class football team led by one of the best managers in the club’s history in Jurgen Klopp. The Wales international has the perfect environment around him to succeed at our football club.

Described as a “wonderkid“, Williams has the tough task of taking on Trent Alexander-Arnold for a regular place in our squad. A man who has quickly risen to stardom, become a local hero and for me, is one of the best fullbacks in the world.

Like I touched on above about his surroundings, there is no doubt in my mind that the £3.6m-rated talent (as per TransferMarkt) will overcome this dark patch of his career. I was delighted to see supporters rush to his side after the pointless onslaught he received. Completely unwarranted and unnecessary.

Klopp will have given him one of his famous hugs. Experiences like this will make Williams a better player and provide him with the opportunity to prove his critics wrong.