Thiago’s arrival has given Jurgen Klopp an impossible task 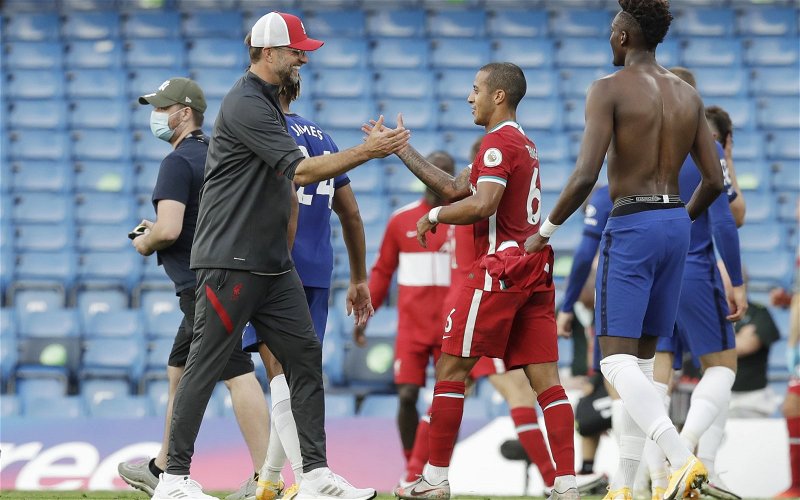 I’m sure that Jurgen Klopp’s task of picking a squad to play week in, week out is tough enough as it is. But it has now been made much harder.

Thiago Alcantara made his move to Anfield last week and had everyone’s jaws on the floor with his elite passing range and his ability to control the tempo of play, once he made his 45-minute debut during our 2-0 victory against Chelsea.

The 29-year-old left his mark on the Premier League and our message to our rivals was clear. We are not going to be letting go of our title that easily.

Klopp now has a vast amount of options to choose in the midfield area. Jordan Henderson, Fabinho, Naby Keita, Georginio Wijnaldum, James Milner, Takumi Minamino and Alex Oxlade-Chamberlain make up the names that are at his disposal. On their day, each one of them deserves a run in this team. But with only three places available, it would take a brave man to pick three out of those names.

It is unfortunate for players like Keita and Minamino, who were performing well at the back end of last season and just started to hit their stride. But now, it looks as if they may be pushed down the pecking order of Thiago continues to perform like he did at the weekend.

Wijnaldum’s future is also uncertain. Having been heavily linked with a move to Barcelona all summer and reportedly rejecting a new contract offer (as per Football Insider), the Dutchman could be on his way out too. Nevertheless, this still makes Klopp’s task almost impossible to get right.

Sure, he may upset a few this season. If Thiago performs, along with Henderson, could be undroppable from the starting line-up, leaving one space left in the German tactician’s traditional 4-3-3 system that he likes to play.

He is also known for implementing a more conservative 4-2-3-1 formation which could utilise numbers in midfield and give more of his players a run-out.

Taking this into consideration, they are all possibilities. But it is still early days in regards to our title defence. We will have more of an understanding of Klopp’s ideas this season after the 10-game mark. Watch this space.