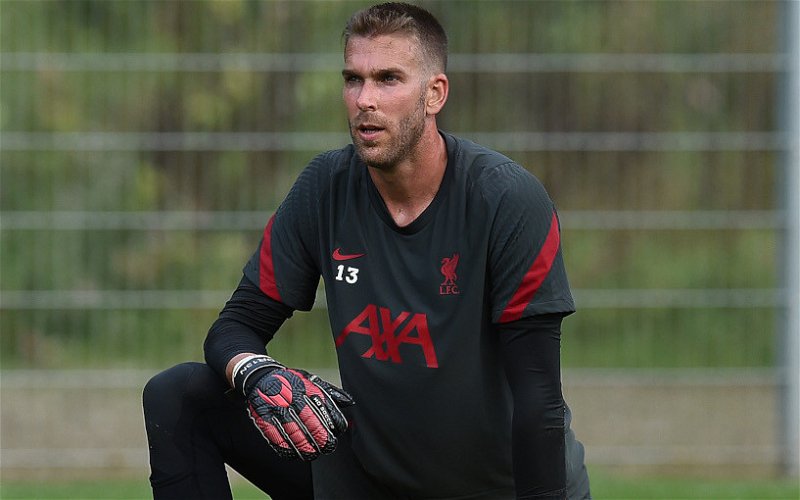 While we are all excited to see Liverpool back in action tonight, one Reds player has warned us not to underestimate the challenge that Lincoln City will provide.

In recent years, we have taken the opportunity to field a string of youth players in the Carabao Cup, and I doubt that tonight’s game will be any exception.

But yesterday, assistant manager Pep Lijnders hinted that we will be playing a strong squad. Which for me, was a delight because I have always been a believer that we should be taking every competition seriously, not something that we have done in recent years.

While we won’t expect the same level of opposition as we come up against in the Premier League, Lincoln should not be taken lightly, and one man agrees with this.

Goalkeeper Adrian, who I expect to start tonight, spoke with the club’s official website and warned that we should not underestimate the threat that the Imps possess.

“You never have an easy game”, he said. “They’re going to play like it’s the last game of their lives, for sure.

“It’s the game of the season for them. Imagine Liverpool is coming to your stadium – empty stadium, but it’s your stadium – you want to defend there. Obviously, they’re going to show that desire to win.

“But I think we have to at least match that desire and then show our quality that we have. For sure we’re going to have options for different players to play, fresh legs from Sunday and we know we also play on Monday and then Sunday again.

Adrian continued. “For sure the manager is going to change some players. Every time a player wears the Liverpool FC shirt, [you] have to [give] 100 per cent, everything. We know our job. So that’s what we’re going to do on Thursday, for sure.”

The 6ft 2 shot-stopper raises a good point. Indeed, we need to be cautious about tonight’s game as cup upsets are still a thing, even in 2020. West Bromwich Albion were knocked out by Brentford on penalties the other night and Wolves lost at home to Stoke City.

Liverpool most certainly need to have their wits about them, especially if we decide to field an inexperienced defensive line, due to the physical nature of the football league.

With Klopp’s 4-3-3 system drilled into players at all levels of the club, there should be a familiarity from the off, which could see us start well.

The sooner we put this game to bed, the better. Whereas the longer we leave it, the chance we may have to risk injuries to first-team players by bringing them on.