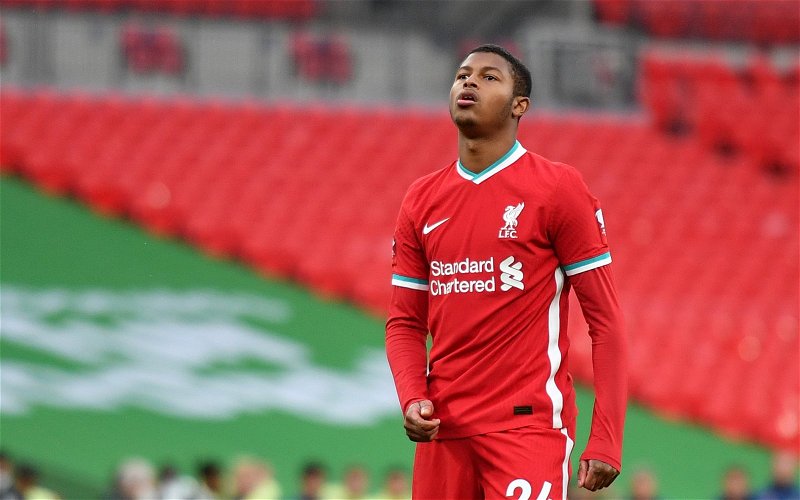 If the Thiago Alcantara transfer saga wasn’t enough for you, there is now a new one for you to stick your teeth into.

Reports came out earlier in the week that suggested that Liverpool would be open to selling the young prospect Rhian Brewster, despite yet to experience consistent first-team football in Jurgen Klopp’s side.

Sheffield United and Crystal Palace are two clubs that are taking an interest in the England U21 international, according to Sky Sports, with many more believed to have made their inquiries.

We only have our notorious front three in the form of Mohamed Salah, Roberto Firmino and Sadio Mane, as well as Divock Origi as our only established strikers. Brewster has had a phenomenal pre-season for us so it seems crazy to me that we are thinking of selling him.

Described as a “wonderkid“, Brewster got his first taste of regular senior football after he was sent on loan to Swansea City, scoring 11 goals from 22 appearances, as per TransferMarkt. A pretty impressive return for just six months of football.

This seemed like it was enough for Klopp to provide him with an opportunity in the famous red shirt, but apparently not.

The Athletic’s James Pearce was speaking to the Red Agenda Podcast where he gave his thoughts on Brewster’s possible exit.

“I wouldn’t chuck him in that category with those other names (Marko Grujic, Harry Wilson, Xherdan Shaqiri). I think his situation is different”, he said.

“I think with Brewster they’ve been absolutely inundated with clubs registering interest in taking him on loan. Then it emerged last week that clubs had been informed that Liverpool wouldn’t completely rule out a permanent sale.

“The way I understand it is that Liverpool would be looking for something in the region of £25m. They would only sell Brewster if they can have written into the deal a buy-back clause.”

I cannot come to a predicted conclusion as to why we would do this unless there was something more to it on the training ground that Klopp may not like.

Brewster has represented England at every level up to this point other than Gareth Southgate’s side, his goal tally went into double figures. For me, he is much more prolific than Origi and has the chance of outscoring the Belgium international this season, if given the opportunity.

I trust Klopp to make the right decision on this situation. Having as many striking options available at our disposal could be the difference between us finishing at the top of the Premier League table and finishing second.