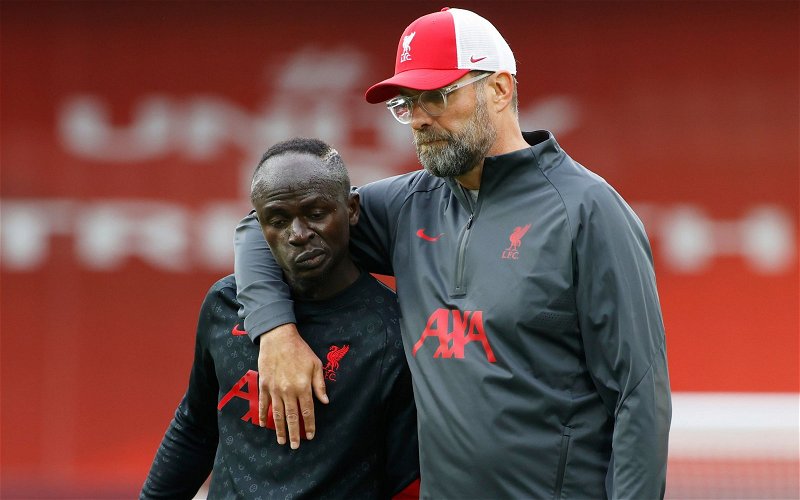 Former Liverpool defender Jamie Carragher has issued a warning to manager Jurgen Klopp on the back of our 4-3 victory over Leeds United yesterday.

A hat-trick from Mohamed Salah helped us on our way to our first win of the season. But we have to seriously graft for it against Marcelo Bielsa’s plucky and tenacious side.

At this stage, the Reds have opted only to bring in Kostas Tsimikas this summer, while the likes of Manchester City and Chelsea have strengthened significantly.

Klopp previously stated that he was happy with the current squad that he has and jokingly suggested that you can’t buy consistency in the transfer market, cited by the Evening Standard.

Despite this, Carragher was not in agreement with the boss and voiced his concerns about what could happen if we choose not to strengthen before the window’s deadline.

“I know everyone’s getting excited about Thiago coming in. I think the excitement comes because he’s completely different to what Liverpool have in midfield,” Carragher said (via the Daily Express).

“Liverpool have plenty of numbers in midfield, much of a muchness in terms of a style of player, so Thiago could add something completely different. But numbers-wise for me it’s the attacking front three.

“I feel if one of the front three – and I said this last season, it hasn’t changed – if one of them were to go down with a serious injury, I think that would really hurt Liverpool and I think Liverpool would it find it really difficult really to go on and win the league or certainly challenge Manchester City.

“So I think someone to really challenge the front three because this team was built three or four years ago, this is the same team if you take away [Loris] Karius and bring in Alisson that got to the Champions League final in Kyiv – not the one they won, the one they lost.”

I couldn’t agree with Carragher more on this occasion. It’s difficult to fathom how dire the situation would be if any of our star front men got injured.

Sure, Xherdan Shaqiri could do a job for us but it is fair to say that he is far from a like-for-like replacement for any of these three players.

As far as transfers are concerned, signing a centre-back and a back-up attacker should be the priority for us this summer. While it would be nice for us to sign Thiago Alcantara from Bayern Munich, we have plenty of options in the middle.

There is still plenty of time for the transfer window to produce its usual antics. But whatever happens, trust in Klopp.