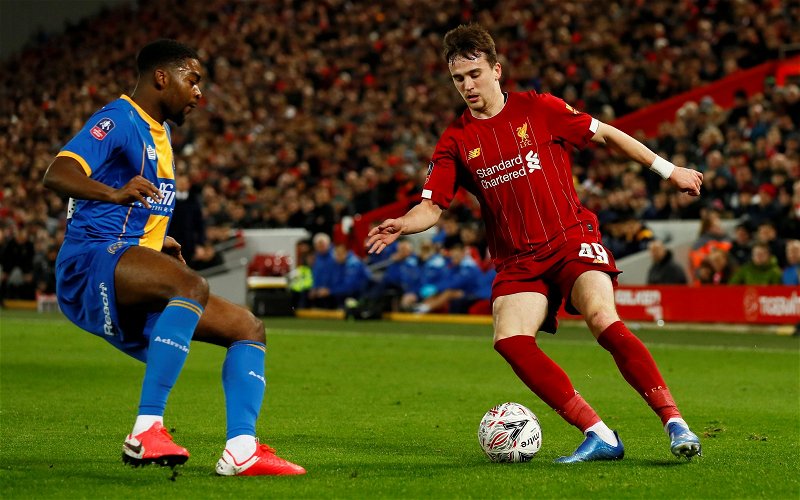 While we are having great success in the first-team currently, we have had a few hidden gems that have come flying out of our Melwood academy.

Liam Millar has evolved into a recognised talent with us now and has been attracting the attention of multiple clubs. But as his progression as a player develops into one of a mature individual, the Canadian attacker will need to play regular first-team football.

According to Football Insider, Stoke City, Queens Park Rangers and Millwall have all registered their interest in Millar, as well Blackburn Rovers, Wycombe Wanderers and Rotherham United.

Having featured last season for Kilmarnock on loan, which was his second at the club, there is the chance that he could leave Merseyside once more for a taste of first-team freedom.

Recently, Millar himself said that a move to England’s second-tier would be the “perfect timing” for him in hopes of him becoming a first-team regular for Jurgen Klopp’s side in the future.

Having scored just twice and providing three assists for Kilmarnock last season, there is every chance that he can kick on from this, taking his overall career goal tally to 28 from 121 outings at both first-team and youth levels, as per TransferMarkt.

Millar is a great talent and is a fantastic natural finisher of the ball, as you may have seen if you follow our youth setup closely.

It is no secret that he will find it tough working his way into the senior side, having won the Premier League and the Champions League in the space of 13 months.

As a result, a move away for the duration of the 2020/21 campaign would be a sensible move, and another opportunity for the eight-cap international to impress the Liverpool coaching staff.