“Time is running out” for Rhian Brewster’s exit 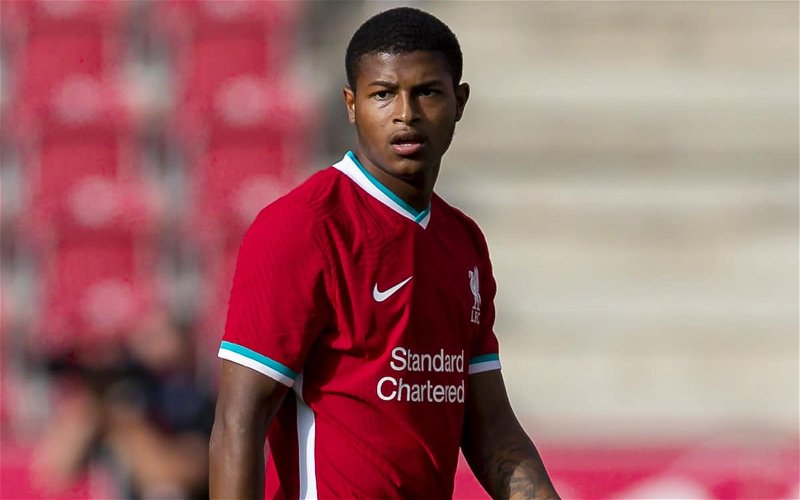 It still amazes me that we are willing to entertain offers for a player that has such a bright future ahead of him, but the clock is ticking on his potential exit from Anfield.

Despite this, Rhian Brewster has come to a crossroads in his career. With the arrival of Diogo Jota for £41m from Wolves a few weeks ago, it looks less likely that he will get the opportunity of first-team football in the famous red shirt for us, which is a great shame.

The young Englishman has been impressive during pre-season, scoring three goals in two games and we hoped it would create a welcome dilemma for manager Jurgen Klopp. As we’ve discovered, this has proven to be not the case.

There is a tough part of management, which is making difficult decisions that he, perhaps, doesn’t want to make. Klopp adores Brewster, hinting at the possibility of saving money this summer in the transfer market to accommodate him in the team.

Having been heavily linked with a move to Sheffield United, Yorkshire Live reported that their timeframe for capturing the 19-year-old is getting thinner, adding that his growing frustration is due to the lack of progress made with transfers.

The report added that we have invited the red half of Sheffield to make an offer, but have yet to do so at this stage, and have other attackers on their shopping list.

The only way that I can see Liverpool willing to do business on this is if they include a buy-back clause, which means that we would essentially be permitted to pay a lower fee for Brewster if we choose to buy him back.

Sensible as it may sound, it is still sad to see reports like this from a player that has been so promising for us. We all saw what he could do for Swansea City last season, scoring 11 times in 22 outings (as per TransferMarkt), even though his efforts couldn’t help them get promoted.

Not only this, but Brewster is a relentless hard-worker on the pitch, which poses even more questions about his possible sale. With the Swans, he averaged 2.5 shots per game and won 1.9 aerial balls, per Whoscored. For such a young player in a tough league like the Championship, this is very impressive indeed.

There is no doubt in my mind that he will become an established Premier League player. Even if that is with us, or another club. Brewster has a long career in football at the highest level that he can look forward to.