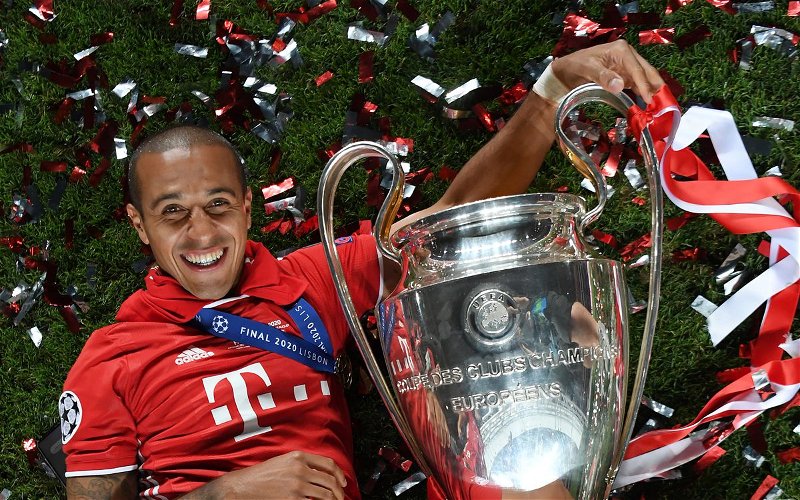 After what is turning out to be one of the longest and most frustrating transfer sagas in recent times, we may have been sent a subtle hint that we may not be getting our man.

Bayern Munich midfielder Thiago Alcantara has just lifted the Champions League trophy with his club, helping secure their sixth triumph in Europe’s biggest club competition. This would be the ideal way of leaving Bavaria after eight years, right? Well, it hasn’t been that straight forward.

His £27m price tag is proving to be a bit of a tall order for us, even though personal terms between us and Thiago have been agreed in principle. With one year left on his current contract and at the age of 29, the belief is that this is too much money for a player at this stage of his career, not taking into account what he has achieved over the years.

Thiago is a quality player. The fact he has won the title in Germany every season is no coincidence. The Spain international has played a huge part in each season.

Despite previous reports that he wanted to leave the club, Hansi Flick has had other ideas.

“The situation is not that easy,” he said (via Goal).

“As long as they are in the squad, I plan with both of them.”

But club icon Jamie Carragher disagrees and still thinks that Liverpool will eventually get a deal done to sign Thiago.

“The only worry that might put ­Liverpool off is Thiago’s age – but I think the signing will still happen,” he told The Mirror.

Poker faces all round

I don’t mean to sound pessimistic, but as the summer rumbles on and we head into those gloomy nights of the autumn, it seems that we may not get our man.

If he was a genuine target, I believe that he would have played in all of our friendly games before the start of the season on Saturday.

Thiago would improve our squad greatly, but as Kieran Maguire told the Liverpool Echo, we simply have a different business model to the rest of the clubs in the league, which is an understandable stance for us to have.

With Curtis Jones and Harvey Elliott making more of an impact with the first-team, it looks as if a move for Thiago could be put on hold until a free transfer can be arranged. Or if Georginio Wijanldum decides to leave for Barcelona, this could pave the way for the Spaniard to come in.

It is an intense game of poker at this stage, with neither side backing down.