Blow for Liverpool as Mohamed Salah wanted for summer Olympics 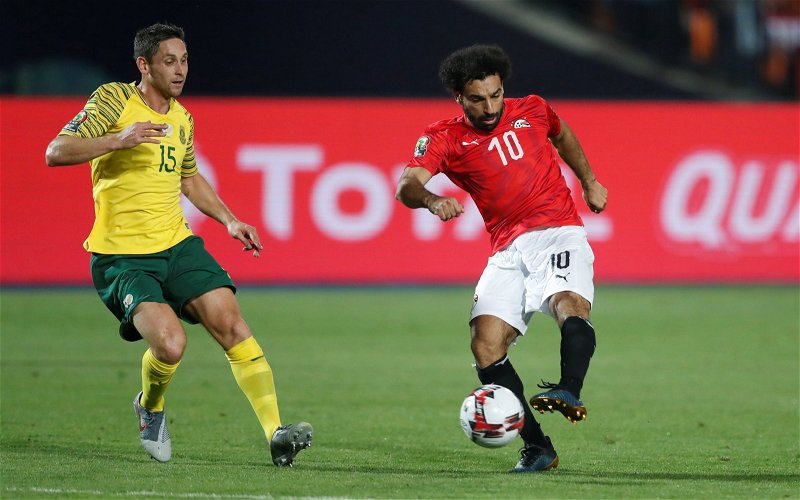 Liverpool have been dealt a potentially massive blow ahead of the start of next season as Egypt coach Shawky Gharib insisted that they hope to include Mohamed Salah in their squad for this summer’s Olympics in Tokyo.

The Egyptian played 90 minutes for his nation on Thursday evening as they drew 1-1 with Kenya, but it was the manager’s comments pre-match that have caught the headlines.

With 41 goals in 68 caps for the African nation, unsurprisingly there is an appetite for the 28-year-old to be part of the squad this summer and Gharib is hopeful it can happen.

“I have made it public that I’d like to have him on board in our Olympic campaign and he hasn’t refused, which means he also wants to play with us.” he told AFP, as cited by France24.

“Salah’s participation in the Olympics is endorsed by the state, represented by the Sports Ministry and the Egyptian Football Association, in our concerted effort to garner an Olympic medal in football for the first time.

“Salah, as one of the three best players internationally, will lift the Pharaohs to a whole new level in the Olympics.

“His presence with us will make a huge difference.”

In an otherwise disappointing season thus far for the Reds, Salah has remained the constant high, topping the Premier League scoring charts with 17 strikes in 28 appearances.

Jurgen Klopp and Liverpool moreover will be desperate to convince those required that the £99m valued superstar remains with the club over the summer.

The 16 team men’s football tournament is due to run from 22 July until 7 August, with the Premier League kicking off a week later.

A hugely important facet to Klopp’s side, his absence for the build-up to the league season and perhaps subsequent early matches would be a massive blow.