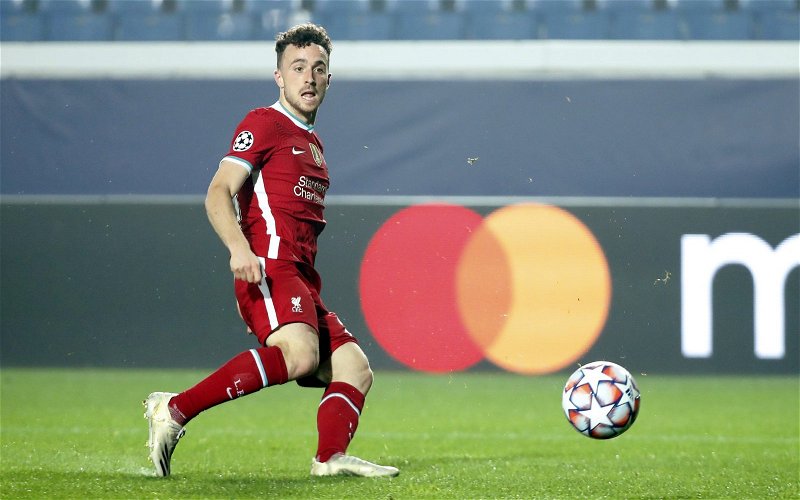 Having signed from fellow Premier League side Wolves last September, the 23-year-old has made a spectacular start to life on Merseyside, albeit hit by a lengthy injury layoff.

Now back to full fitness and having scored the winner against his former club on Monday night, Jota has opened up on his European ambitions.

“I’ve always had this dream since I was a child. And although I had already participated in the competition with FC Porto, you never have the same ambitions that a club like Liverpool have in the competition, obviously,”

The Reds have suffered a dismal season, mainly due to brutal injury blows, however, having reached the quarter-finals of the Champions League, Jota is allowing himself to dream.

“The Champions League is a knock-out competition, I think anything can happen, and obviously, much of our attention is focused there and the possibility of going far in the event.”

As the draw for the next stage takes place today (Friday 19 March), the Portuguese winger has expressed his desire to avoid another of his former employers.

“Honestly no. I think not. Because although Liverpool had a recent victorious victory, I think that when they had Porto ahead of them, they managed to overtake, I think it’d be a very complicated and very emotional game for me, and I’d rather have another team.”

Jota took the competition by storm in the group stage, scoring a hat-trick away to Atalanta, prior to suffering an injury in the final match against Danish side FC Midtjylland.

Having won the competition six times, often against all better judgement, the Reds will be looking to beat the odds once against this term and go all the way.

Unfortunately, many Kopites wouldn’t agree with avoiding Porto in the next stage, despite the Liga Nos side conquering Serie A giants Juventus in the last round, they remain favourable opponents.