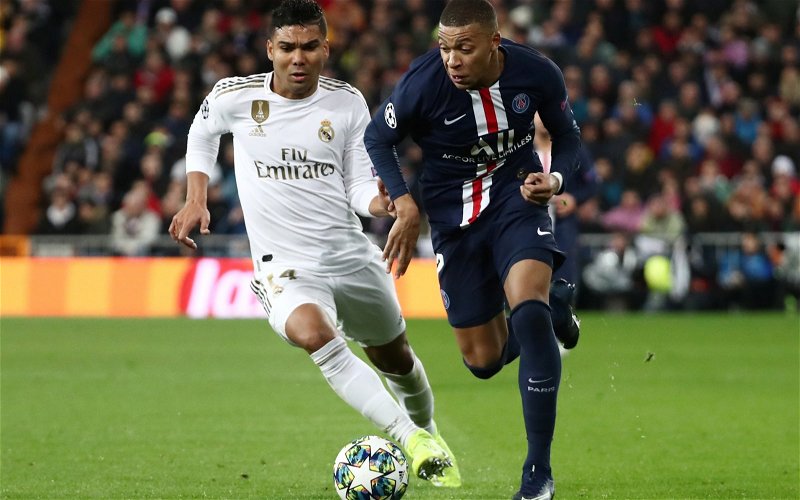 Liverpool and Real have been the two main protagonists linked with the Paris Saint-Germain superstar, who faces an uncertain future with contract negotiations still up the air.

However, Calderon, who was President at the Bernabeu between 2006-2009, has admitted to TalkSPORT (Wednesday, March 24 6.40am) that the club may find it difficult to fund major deals this summer in the wake of the pandemic and with stadium renovations taking precedence.

“Always rumours at this time of the season, they are talking about (Kylian) Mbappe, (Erling) Haaland. Too many players. We (Real Madrid) are not in the best moment economically speaking because we are refurbishing our stadium, spending a lot of money on it. It will be difficult to spend money in the summer.”

The 22-year-old Frenchman has continued his meteoric rise to the pinnacle of world football this season, scoring 30 goals in 36 appearances this season.

Mbappe is a generational talent operating at an elite level way beyond his years and would be regarded as one of the biggest transfers in football history no matter where he ends up.

Valued at £162m (Transfermarkt), Liverpool would normally be nowhere near these kinds of discussions, however, with the players reported fondness of Jurgen Klopp and the Reds, as well as a contract expiring in 2022, this remains a remarkable possibility.

With Sadio Mane and Mohamed Salah heading through their peak, many will be casting their eye towards a replacement, and Mbappe would fit that bill.