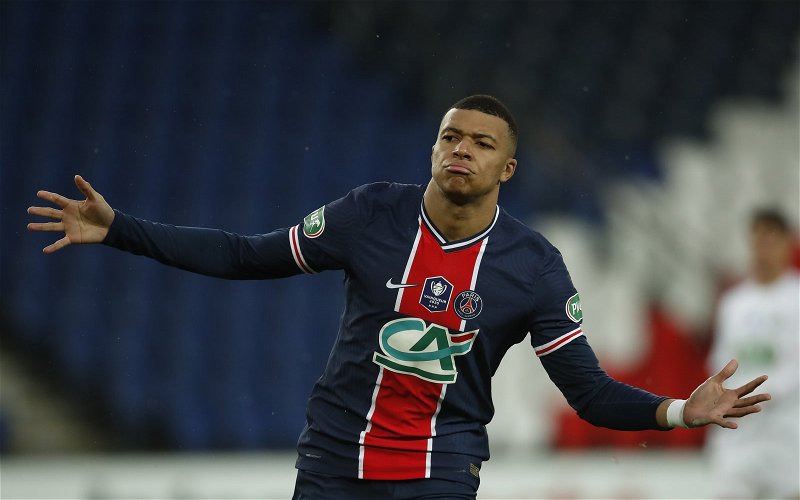 This time it’s French publication L’Equipe (via Sport Witness), who are discussing the Reds’ chances of landing the 22-year-old this summer, as well as addressing the stars new contract situation.

Under contract with Paris Saint Germain until the summer of 2022, the Parisian outfit are unsurprisingly keen to tie their man down beyond that time.

However, there have been difficulties in getting Mbappe to commit as the flying forward asks for assurances on the ‘sporting project’ in the French capital.

The fresh report doubles down along the same lines, albeit suggesting a pay rise up to in excess of €30m a year.

Furthermore, Liverpool are mentioned but its bad news, as the report cites both the Anfield club and Real Madrid ‘do not seem able’ to offer neither club nor player a convincing offer.

Mbappe has continued his meteoric rise up the World football ladder this season, scoring 28 goals in 35 matches across all competitions.

Whilst it remains wholly unrealistic Liverpool will cough up the funds required to sign Mbappe this summer, the lingering uncertainty over his future in Paris gives the Reds hope.

Jurgen Klopp, like most people, has been touted as a long time admirer and the German boss would surely relish the opportunity to work with such a prestigious talent.

Mbappe, whether it be this summer or next would be a game-changing signing that would send shockwaves throughout the entirety of world football.