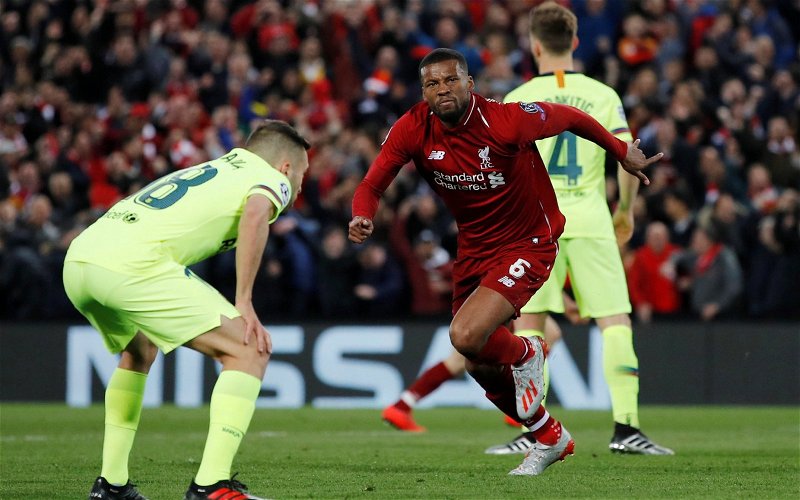 As reported by AS (via Sport Witness), Laporta has drawn up a list of targets, five of whom could be signed for nothing when their contracts expire this summer.

Unsurprisingly given the speculation surrounding Wijnaldum and the Catalan club, the Dutchman’s name appears on the list, along with Manchester City duo Sergio Aguero and Eric Garcia.

There could be further consequences for the Reds as the final three spots are filled by reported Liverpool targets, David Alaba, Memphis Depay and sensationally, Erling Haaland.

Wijnaldum could bring to an end a five-year spell at Anfield and link up with former Dutch national team coach Ronald Koeman at the Camp Nou.

Despite the best efforts to tie the 30-year-old down to an extension, no agreement has been possible and the writing looks to be on the wall.

There was no way Wijnaldum’s name wouldn’t feature here.

The Dutchman has remained the ultimate professional this season and whilst those around him have faltered, he has remained an integral part, earning acclaim from Jurgen Klopp as the ‘most consistent’ player this term.

Although it may not feel like it now, Wijnaldum will take some replacing this summer should he leave, and his impact won’t truly be felt until he’s no longer at the club.