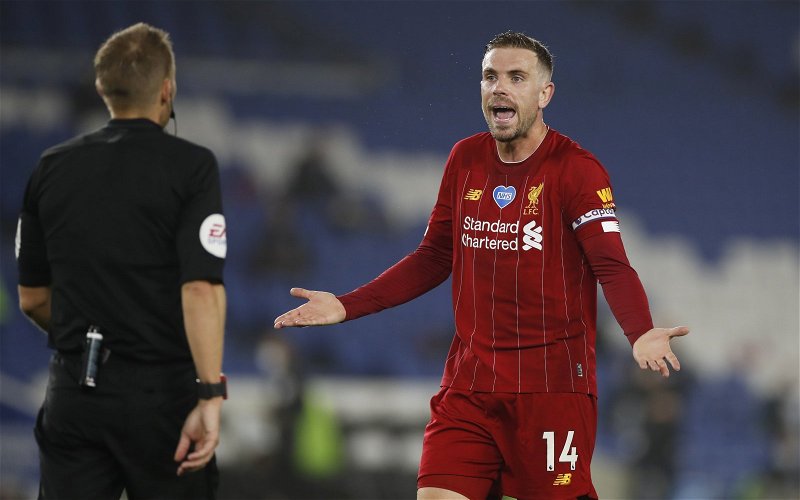 Liverpool‘s form has been a cause of major concern recently, as the reigning Premier League champions slip away alarmingly down the table.

To add to this season’s injury woes there has been plenty of displeasure aimed towards the performance of the officials, as well as the players.

Following the Reds midweek domestic respite which sees the UEFA Champions League second-leg clash with RB Leipzig take place in Budapest – Jurgen Klopp‘s side will return to domestic action on Monday night with a trip to Molineux to face Wolves – where Craig Pawson will referee and Andy Madley will take charge of VAR duty (via Ian Doyle).

Craig Pawson will referee the mid-table clash between Wolves and #LFC on Monday evening ?

Loyal Kopites, who may have been looking for somewhere to redirect their anger have been reacting to the appointments…

I'm hurt more by who the referee is. He never gives us anything in home games let alone away games.

Did a great job last time giving them a pen for Mane’s legit clearance albeit overturned. He’s hopeless.

Craig and Martin just don't like us, also I think we are also victimized by the VAR decisions

There was at least one more positive spin…

A Monday fixture is great. I can finally enjoy a weekend.