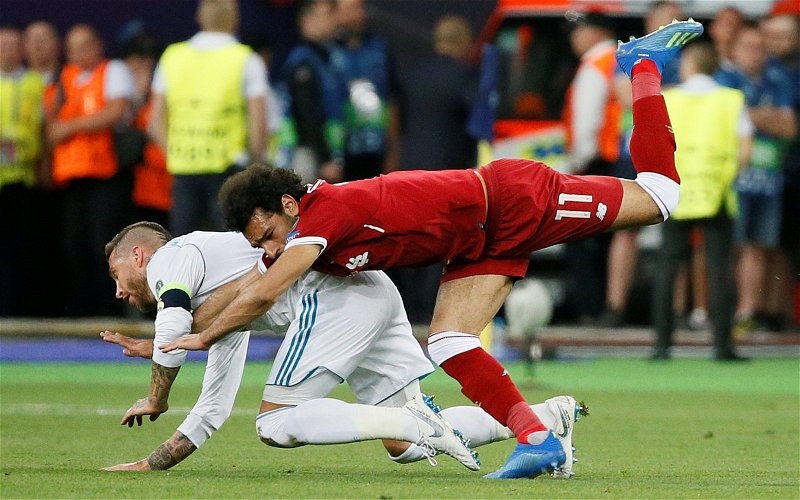 Liverpool will face Real Madrid next month in the UEFA Champions League quarter-finals and Brazilian legend Roberto Carlos has kickstarted the war of words just hours after the tie was made.

The meeting will be the first since Mohamed Salah was controversially injured in a challenge with Sergio Ramos in the 2018 Champions League final and Carlos has begun the fixation with the pair early.

Los Blancos ran out 3-1 winners on the night as Salah was forced off with a dislocated shoulder, something that has wrangled ever since among the Reds.

As an opportunity to avenge some demons comes into view, the former Madrid superstar has stoked the fire.

“Salah isn’t even going to get close to Sergio,” said Roberto Carlos (via Marca ).

“It will be an action that will be talked about a lot.”

Whilst it’s likely Carlos was merely tongue in cheek, these Kopites have taken the throwing down of the gauntlet on Twitter.

It'll be payback day but that's if Ramos makes the squad

I actually think Salah the opposite. Salah has mentality and he'll go there for payback. He doesn't shy away from a challenge.

Salah will literally tear them apart on his own https://t.co/oQgfrv8Z34

I will come back to this quote https://t.co/OZTrsxft9p