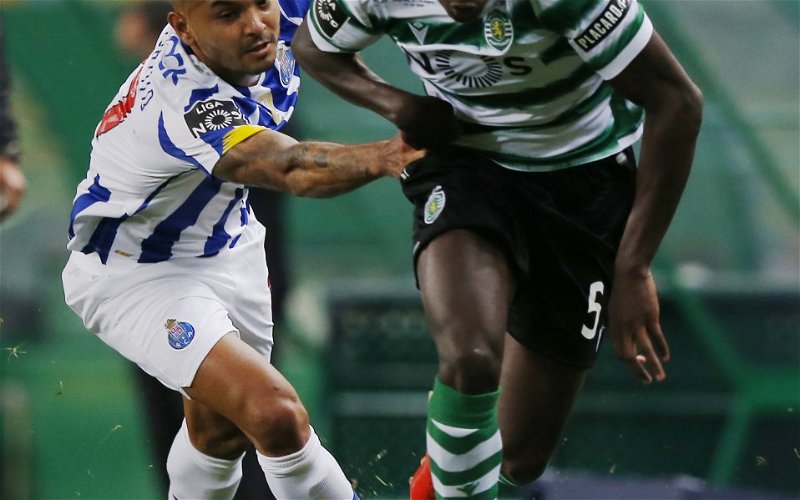 Liverpool are believed to have made an enquiry for Sporting Lisbon’s teenage left-back Nuno Mendes in January, according to journalist Jonathan Shrager.

The Reds weren’t the only ones however as Manchester rivals, City and United, also made a tentative approach to the Portuguese club regarding the highly-rated 18-year-old.

Liverpool’s interest in nothing new having previously been credited with a fondness of the starlet back in December.

Mendes has been in superb form this season, playing beyond his years in the Liga Nos making 19 appearances, contributing one goal and one assist along the way.

That form has earned the teenager a first call-up the Portugal’s international squad this week, where he will link up with Anfield ace Diogo Jota for this month’s World Cup qualifiers.

An attacking full-back, whose skillset has been likened to that of Brazil legend Ronaldinho, Mendes has earned an impressive 7.22 rating in the league this term – higher than Andy Robertson’s 6.79 (Whoscored).

Signing Mendes ahead of competition from two main rivals would be a major coup for the Reds.

Despite signing Kostas Tsimikas last summer the Greek international has rarely featured for Jurgen Klopp’s side and there has already been speculation that his future may lie elsewhere.

Although Mendes may perhaps not be ready for an immediate berth in Liverpool’s Premier League side, playing understudy to an elite level player like Robertson would only help improve his game before ultimately ousting the Scotsman.